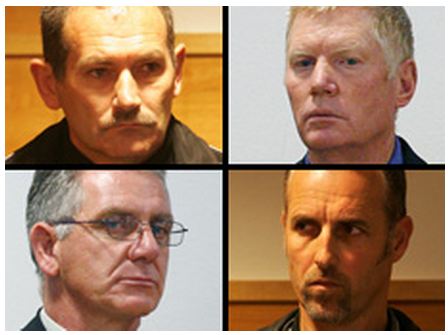 Fairfax New Zealand this morning is running a story on a sacked police officer, Senior Constable Sean Ramkissoon, who is alleging serious corruption in a case being heard by New Zealand’s ERA tribunal.

This story is very interesting for a number of reason’s, not the least of which is the fact that Fairfax have, yet again, failed to fully inform its readership of the whole story. We will again ask the question; is this not more behaviour complicit with a bent government?:

Serious allegations of conspiracy and corruption made against the New Zealand police by a former officer have seen his personal grievance case escalated to the Employment Court.

Senior constable Sean Ramkissoon said he was “unfairly” demoted from his sergeant’s position in Opotiki and was treated poorly when he became unwell with a stress-related illness in July 2009.

Among his complaints were allegations that high-ranking police staff wrongly asserted he was not genuinely sick and pressured him to return to frontline duties before he was ready.

The former officer, who is now living overseas, has taken two personal grievances against the police and is seeking reinstatement to the force.

In a just-released ruling, the Employment Relations Authority said it had agreed to a request from the Police Commissioner for the case to be heard by the higher Employment Court, because the matter was of public interest due to the allegations made.

“There was no apparent foundation for some of them, but many have been made because Mr Ramkissoon believes the aftermath of another earlier matter in which he had an involvement influenced the actions he now complains of.”

The ERA said Ramkissoon was dismissed from the police due to ill health in June 2011.

Prior to that he had been appointed to a sergeant’s position in Opotiki, which was cancelled following a review lodged by the human resources department in 2009.

Ramkissoon said that was outside the department’s jurisdiction. He also complained that when the position was readvertised, it excluded him by including a new requirement regarding residence, though he was otherwise qualified.

Following that incident, Ramkissoon became ill and was placed on special duties, when the questions about the validity of his illness allegedly arose.

He was then “medically disengaged”, and raised a grievance on the ground of unjustified dismissal.

The presiding ERA member decided the case could be heard by the court, mainly due to issues concerning the scope of the power the human resources department had in beginning the review of Ramkissoon’s position.

The ‘whole truth’, however, might just be a little more disturbing. In the Fairfax article the journalist elude’s to an “earlier matter” but fails to advise the reader of what that earlier matter may have been.

We here at Lauda Finem were curious so we have done a little research and have established that Senior constable Sean Ramkissoon was indeed involved in an “earlier matter”. Quite a serious matter in fact; the criminal prosecution of four fellow police officers, Sergeants Keith Parsons, Earle Busby, Senior Constable Bruce Laing and Constable John Mills in the alleged assault of Rawiri Falwasser in the Whakatane Police station’s cells.

In fact Ramkissoon appears to have given evidence in support of the accused officers during the trial of the aforementioned four:

“As soon as the door opened, Mr Falwasser became particularly agitated. He came out punching really, really hard at the shields.” (see footage below: we suspect constable Ramkissoon is the officer, of Indian ethnicity perhaps British, present for only a few seconds; first seen entering the cell room on the left hand side and then quickly moving to the centre foreground, before exiting through the door on the right) 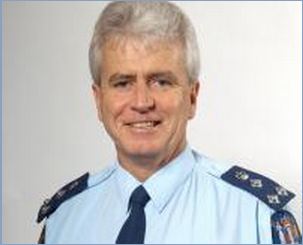 The four cops were not convicted of the assault on  Falwasser. However, a later investigation by the IPCA was scathing of the police conduct and Falwasser then received a $30’000.00 compensation payout.

So just what is it that Senior constable Sean Ramkissoon is now alleging?  Conspiracy, corruption, dishonesty, collusion, oppression and harassment these are all serious allegations?

We suspect that it might have something to do with the police behaviour in and around the investigation of the Falwasser case…..and yet another police cover-up.

We also believe that Peter Marshall probably suspects that the cat will soon to be out of the bag hence his very personal submission in the ERA matter:

In a just-released ruling, the Employment Relations Authority said it had agreed to a request from the Police Commissioner for the case to be heard by the higher Employment Court, because the matter was of public interest due to the allegations made

Reading between the lines we also believe Senior Constable Ramkissoon (now safely at home in his country of origin) may well have been disillusioned, after realising just how corrupt the New Zealand police force is, *we also doubt that he wants his job back.

In our opinion Commissioner Peter Marshall’s reasons for applying to have the proceeding moved away from the tribunal and into the superior jurisdiction of the employment court has nothing whatsoever to do with the matter being of public interest.

After all the tribunals findings are open to public scrutiny and cases of interest are almost always reported in the media. No Marshall’s motives are far more sinister, he has had it moved on legal advice, so that the crowns lawyers can play games with suppression orders, procedure and the admissibly of evidence, the tribunal hearing would have been far more informal and the police would have had little control over what was said and reported. The Tribunal environment would have been a vary dangerous place for police to have had their dirty laundry aired.

*Note: The fact that Senior Constable Ramkissoon has made application (in his statement of claim), for reinstatement to the position, has left some individuals on various other websites, such as the ‘trademe forums’, confused; its very simple really boys and girls, Ramkissoon needed to say that he wanted reinstatement so as to receive appropriate additional compensation when the tribunal would likely have found that reinstatement was an untenable position!

Incidentally where is Greg O’Connor and the Police Association in all of this? Normally O’Connor and his a big gob would be hogging the media limelight around an issue such as this?

Surely Senior Constable Ramkissoon was a member of the Association and deserving of it’s support? This case and Marshall’s involvement in it has a very bad smell; as it unfolds it will undoubtedly prove to be very interesting. 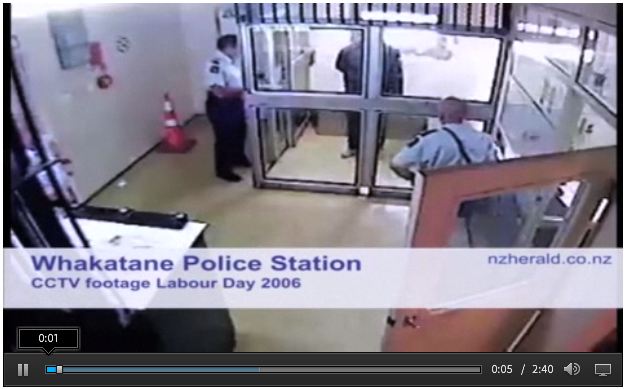