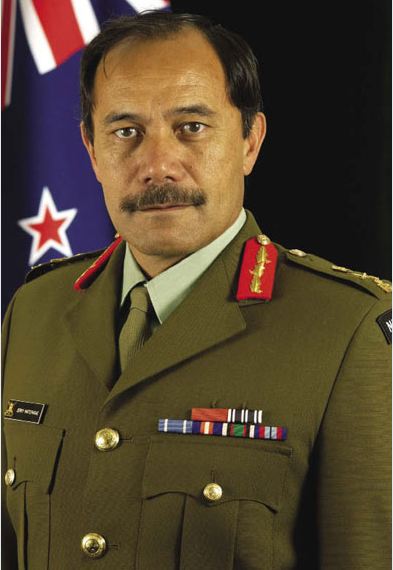 Has the office of NZ Governor-General been compromised by Jerry Mateparae, just another military dictator?

According to New Zealand’s Prime Minister, John Key, the totally illegal “Dotcom” raid was not executed under the watch of Governor-General Lieutenant General Jerry Mateparae, who was the director of the GCSB until mid-2011 (when he was appointed New Zealand’s Governor-General) and had absolutely nothing to do with the Office of the Prime Minister:

We know that Mr Key is a bullshit artist. Just take the John Banks affair, his involvement with Dotcom, some very dodgey fund raising and John Keys somewhat politically expedient continued support for Banks despite this, arguably, corrupt behaviour.

We have our own well informed take on this story and the GCSB and hope to expand our readers understanding of what really happens behind closed parliamentary and police doors: that story coming soon. Readers might also like to read our posts:

Kim Dotcom, John Banks, the invisible Ministers and the unraveling of yet another National Party Conspiracy?

Then of course there is an article in Investigate Magazine penned by Ian Wishart that deals with the GCSB and previous unlawful covert operations on behalf of the New Zealand police:

Readers should also ask the question: JUST WHO IS THE INSPECTOR GENERAL & WHO IS HE CONNECTED TO?

John Key was conveniently out of the country when the shit started to hit the fan and whats more the New Zealand newspapers have only just reported the fact that the Kiwi taxpayer “could be left footing the bill if Kim Dotcom decides to sue the Government”, a likelihood which we had pointed out earlier:

“This fiasco is only going to get more interesting as the Governments skulduggery is unearthed, we suspect at the end of the day the New Zealand tax-paying public may well be left footing the bill for a massive class action bought by Kim Dotcom, his accused employees and the millions of Magaupload’s disenfranchised customers who are undoubtedly suffering financial loss and anger……If successful it could well bankrupt this south pacific banana state, a fact that the National Party in Government would be well aware of!”

It seems to us that this is yet another cover-up with government desperately trying to conceal the truth of what had really occurred: