Telecom New Zealand, Police, GCSB and Mark William Doyle, a man with a very shady past. 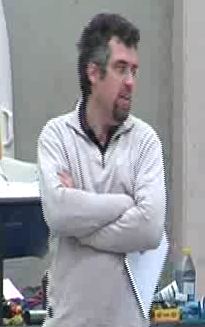 In our post “GCSB AND TELECOM EMPLOYEES CONSPIRE WITH POLICE; IS MARK LUNDY INNOCENT?” we introduced readers to Mark William Doyle an ex-telecom employee that justice campaigner Dermot Nottingham arranged to have covertly filmed admitting to his role, as a telecom employee, in assisting police, crown law and the GCSB with manipulating telephone records (manufacturing false evidence with the objective of securing “many” wrongful convictions) and the illegal surveillance of New Zealand citizens and or residents.

That video footage (which we’re working on making available to our readers at some point later today) was then handed to Ian Wishart of Investigate magazine who subsequently published an expose “Phone Tapping Bombshell” on the 15th August 2009 (Pg 26 – 31).

This particular story, whilst dating back three years, has again become relevant as a result of the police/GCSB‘s illegal wire tapping of Kim Dotcom. It’s also very interesting, perhaps even telling, that the current investigation, ordered by John Key, into the GCSB‘s unlawful communications interception activities has been back-dated to the year that Nottingham and Wishart first exposed the corrupt behaviour; co-incidence perhaps?

We think not, we believe that the GCSB, the police, crown law, the government and Prime Minister John Key were all well aware that these unlawful interceptions had been occurring for years, facilitated by very cosy corrupt “mum’s the word” relationships with key individuals within the Telco’s, most of whom, according to Mark Doyle, were ex-cops. We also suspect that the stake-holder in this scandal are now very likely attempting to conceal from the public the extent to which this illegal and corrupt activity had occurred by limiting the time-frame under review.

We have also unearthed another interesting aspect to the story. Subsequent to Ian Wishart contacting Telecom, in June – July of 2009, seeking answers to his many questions in and around the illegal wire taps and corruption, one of the same Telecom employees that Mark Doyle alleges had been a key player in unlawfully assisting the police, crown law and GCSB, Steve Franklin, was then immediately ordered to chair a committee comprising representatives of all of New Zealand’s major Telco’s tasked with, amongst other objectives, finding ways to communicate more effectively by (we have concluded given the timing), having the ability to arrange meetings in a hurry, thus ensuring that key stake-holders are all “on the same page” when a rapid cover-up is required:

Develop a forum whereby quarterly meetings are held between the Interception working party, Government Agencies and the Ministry of Justice with the option to schedule ad hoc meetings if urgent matters arise which require immediate attention 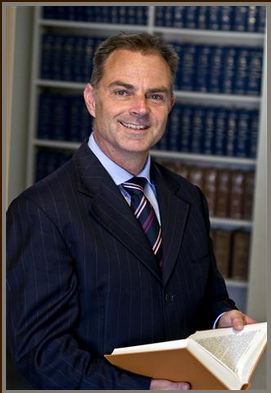 Christchurch Barrister James Rapley of, at the time, Raymond Donnelly & Co one of the crown solicitors that whistle-blower Mark Doyle alleges was able to by-bass the need for a search warrant with a simple telephone call to the right people at telecom/GCSB HQ! The very same law firm that Kristy McDonald QC cut her “Cover-up” teeth on!

During Nottingham’s video sting the target, Doyle, is heard alleging that information was unlawfully obtained and supplied to Christchurch’s crown solicitors, Raymond Donnelly and Co, without the legally required warrants having first being obtained.

According to Doyle crown solicitors, one of which he names as “James Rapley” would often simply make a discreet, off the record, telephone call prompting Telecom staff involved to knowingly and unlawfully search for the requested information and hand it over to the local Christchurch crown law office.

As an aside, but nevertheless a somewhat relevant question; who was it that worked with the New Zealand police in bugging the Gwaze’s home and intercepting their telephone and internet communications? Also, just why was it that the police and crown prosecutors preferred not to make the details of that interception available in disclosure to the defence at Gwaze’s trial:

In cross-examination by defence counsel Jonathan Eaton, Detective Paul Johannsen said interception warrants had been obtained for the Gwaze home, and phone bugs and audio devices were in place when the house was returned to the family after forensic examination.

The devices were in place for several weeks, but nothing from the recordings was put in evidence.

The family spoke in their native tongue and a problem with translation occurred. Police had examined the family’s cellphones, text messages and computer. Nothing from the examinations was put in evidence in the trial.

We also noted, in our piece, that the reluctant whistle-blower Mark Doyle admitted to having a dodgy past; stating that he had “gotten greedy”. He didn’t,  however, specify what exactly was meant by greedy, so we decided to investigate Mr Doyle a little further.

Our investigation has uncovered some intriguing associations, links to men and women that comprise a broad spectrum; ranging from fellow fraudsters and politicians, through to crown solicitors and remarkably a number of corrupt Christchurch police officers.

Starting with one of the politicians we found a curious blog authored by a local body, greens party, politician by the name of Andrew McMillan. McMillan also stood as the United Future Party’s candidate for the seat of Rangitata in New Zealand’s last general election.

Mr McMillan clearly had an extensive and apparently now regretted involvement with Mark Doyle, we suspect in and around the IT industry as McMillan’s employment history, as with Mark Doyle’s, is very much focused in the electronic/computer fields of data management and software development having been employed by companies such as Idris Solutions Limited

On his Greens Party blog Mr McMillan appears, during the Mayoral election campaign, to be distancing himself from a past association with Doyle; although we have a few concerns with McMillan himself as he clearly avoids any specifics as to his relationship with Doyle; preferring instead to shaft him using material, criminal records etc, that were already in the public domain: 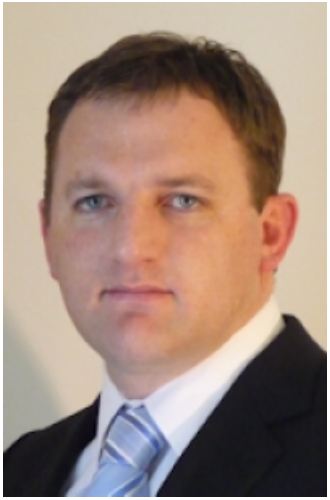 Andrew McMillan, the man with a political aversion to Mark Doyle. Just why is it that Andrew McMillan is restricted in terms of disclosing his own involvement with Mark William Doyle of Ashburton?

Although I’m restricted in terms of disclosing my involvement with Mark William Doyle of Ashburton, I feel that I have a moral obligation to highlight his criminal past.

In 1994 Doyle received a conviction for theft as a servant for stealing $29,000 from an unnamed company.

Following that, Doyle took up a role with Telecom in 1997 as a sales specialist. In 2001 he became a business development manager for Telecom’s Christchurch based Advanced Solutions Business Unit.

Doyle then resigned from Telecom in April 2002 after being told he was under investigation by Telecom’s internal fraud unit.

Following that investigation, and subsequent Police charges, in February 2004 Doyle pleaded guilty to charges of theft as a servant, three counts of using a document fraudulently and three of forgery. Doyle’s total offending came to $357,549 and in March 2004 he was sentenced to serve three years in prison.

This is an excerpt of the Christchurch Press’ report on the February 2004 Court hearing:

Doyle was authorised to buy computer equipment enabling him to complete work for Telecom customers but between July 2001 and March 2002 he made 31 unauthorised purchases of equipment.

In order to pay suppliers, Doyle had the equipment billed to existing business unit customers, or against Telecom’s own ledger. Mainly computer equipment and software, it had a value of $120,000. Most had been recovered but $31,275 of it was still missing.

Unknown to Telecom, Doyle was a silent partner and shareholder in a registered company related to the website, Interactive Video and Voice Systems Ltd.

In March 2001, Doyle created an IVV invoice, billing Telecom’s advanced solutions business unit $20,599 for work he had done on the Calendar Girls video project, which he endorsed as correct and forwarded for payment by Telecom.

Doyle also ordered three Ethernet cameras worth $7153, which were installed in Calendar Girls to enable live images to be broadcast over the internet, but ultimately did not bill anyone for the $7153.

While Doyle was working on the Calendar Girls project, he arranged for three invoices for work he had requisitioned from another company to be paid by Telecom, coming to more than $52,000.

In February 2002 Doyle asked about leasing an apartment in Park Terrace, telling the owner he was acting for Telecom, which he said wanted a central- Christchurch apartment for out-of-town employees to stay at. He agreed to pay $41,600 for a two-year lease.

Doyle created a letter on his Telecom computer pretending to be a Telecom contract manager, confirming acceptance of the lease.

Then in March 2004, during sentencing, the Christchurch Press reported:

He drove an expensive European car, travelled widely, played the international stock and currency markets, and generally lived the high life. Now Doyle is starting a three-year jail term for a series of theft and frauds that his lawyer, Jonathan Eaton, described as “quite inexplicable self-destruction”.

“There is no gambling problem nor drug and alcohol problem. There is no explanation why someone would throw away such a successful career,” he said.

“One item that demonstrates the inexplicable part of it was an expensive leather laptop case, which he fraudulently obtained and then gifted to one of his managers at work. Why he did that beggars belief.”

Doyle told the police that he could not explain why he had abused his employer’s trust, just that he had a trait of being successful and then destroying himself.

Prosecutor James Rapley described Doyle’s dishonesty as “systematic, calculated and ruthless” and questioned whether he had done it for the intellectual challenge of getting away with it.

Doyle had told a probation officer that the offending gave him a thrill.

Christchurch District Court Judge Chris McGuire had by far the harshest words for Doyle, calling him an amoral thief and went on to say:

“I don’t buy, to a large extent, the proposition that this is some sort of self-destructive urge. The view I prefer to take is that you have lost any moral yardstick or lodestone in your life and you embarked on this reign of dishonesty,” he said. “You’re an intelligent man and you were in a position where you believed you could get away with it and, for a period of time, you did. It was finally your own carelessness rather than anything else that brought about your demise.

“One of the disturbing things about this and about all white-collar crime is that there is some perception that because it’s done using a pen, it’s somehow better than breaking into someone’s house and stealing things. It’s equally dishonest.”

“Most of the other cases like yours involved first offenders. You’ve been here before and know what criminal dishonesty is all about.”

The judge also noted that in Doyle’s letters of apology, that not once did he acknowledge his dishonesty.

Here’s his education and work history as detailed on oldfriends.co.nz (although it’s not entirely accurate):

My advice, if you have dealings with Mark Doyle, is to exercise caution especially in regards to the fraudulent techniques he used while employed at Telecom (as detailed above).

As promised earlier today Lauda Finem (in association with Pandora Productions) have brought forward the launch of LFV so as to bring our readers an inside story that’s very relevant to the Kim Dotcom case, its all about the GCSB and the New Zealand Police: