We’ve accused the New Zealand authorities of having selectively short memories in the past and this post highlights yet another example of that collectively addled mind.

A report in the New Zealand Herald notes that ex commissioner of police, Howard Broad, has been appointed to head up a CYF‘s inquiry. Given Broads past, the choice is nothing short of outrageous and we’ll be dealing with our reasons for holding this opinion later in the post; but first the NZ Herald article: 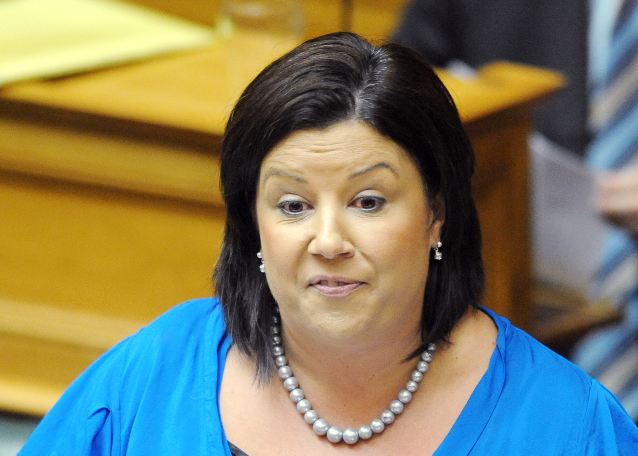 Social Development Minister Paula Bennett made the announcement at Rotorua today, in the first of a series of talks on the newly-released White Paper to address child abuse and neglect.

Mrs Bennett said the review would look at whether complaints regarding cases – which are currently handled by Child, Youth and Family – could be handled independently outside of the agency.

She told a public meeting she was “concerned enough” about the process to order the review and was keen to get “the right advice” on whether it should be changed.

The review will get underway immediately and will be completed by the end of next year.

Rotorua has meanwhile been chosen to trial the first Children’s Team, an initiative set out under the White Paper.

These regional teams would include a lead professional who has responsibility for the plan, to make sure it stays on track and the child accesses the services they need.

“These teams will in most cases be acting before children have suffered serious abuse, so we can get ahead of the problem,” Mrs Bennett said.

“We have chosen Rotorua as one of the two first sites to trial these teams because it is an area that would benefit from this joined-up approach.”

In the year to April there were 4683 notifications of concern about children in Rotorua and 529 substantiated cases of abuse.

“We won’t be replicating any of the good work that is already happening on the ground, instead we will integrate the best of what works and provide a common framework to follow.”

So exactly what category of DSM IV mental illness was behind, complete fuck-wit, Paula Bennett’s decision to appoint Howard Broad to this role; in what is clearly yet another case of the national party’s “jobs for the boys” retirement schema (no its not a typo).

The choice of Howard Broad for this position is in our humble opinion nothing short of insane. Broad’s behaviour during his police career is evidence enough of that.

Howard Broad is but one in a long list of Corrupt New Zealand Police Commissioners, however Broad’s bad reputation is more specific than his predecessors, with the exception of John Jamieson (who is now ensconced in a similar position with the Catholic Church’s National office for professional standards (NOPS), charged with investigating the sexual abuse of children).

Broad, like Jamieson, was an expert in the art of police cover-ups, that’s until he was caught with his pants down over the polices bungled Urewera raids. Some aspects of Howard Broad’s dark past are also exposed by investigative journalist Ian Wishart in a piece written for Investigate Magazine, “To Serve & Protect: The devastating truth about police corruption in New Zealand” (published June 2007) an article that is well worth reading. To quote Wishart’s piece:

When Broad apologised “unreservedly and unequivocally” to the women at the centre of the Bazley report on police sexual misconduct last month, he suggested the corruption was confined to “a very few officers who have behaved disgracefully. Their actions were wrong and contrary to their oath of office.”

That’s what Police National Headquarters wanted the public and the news media to believe. It is not, however, the reality.

Howard Broad himself, according to former colleagues, was part of that police culture when he worked in Dunedin in the 1980s.
One colleague approached by Investigate alleges Broad had bestiality videos at his going away party from Dunedin’s CIB in the mid 1980s, a party held at 19 Arawa St, Dunedin.

“There was one particular video being shown, of a naked woman holding a chicken while a man had sex with it. The chicken basically expired, and then the woman immediately performed [a sexual act] on the man. I remember it very clearly, because it’s the only time I’ve ever had the misfortune to witness bestiality.”

“He was a bit of a groper…He didn’t take much to get him drunk, and when he got pissed he got a bit of Dutch courage. He was never charged with anything, and I don’t know that he was even investigated properly – it might have just been something that was written off.

“Women had complained about him when he got drunk. But certainly I don’t think they ever initiated any proper investigation into him. He might have had a smack on the hand, but that was about all.”

The future police commissioner’s actions reflect the police culture he tried to distance himself from when he spoke last month at the release of the Bazley report:

“To the women of New Zealand I say: I have been disgusted and sickened, as you will be, by the behaviour put before the Commission of Inquiry in many of the files that covered some 25 years of our recent history.

“To all New Zealanders, I am truly sorry that a very few of our number have undermined the high expectations you rightly have of your police.

“We are encouraging every staff member to have the fortitude to come forward where they perceive things aren’t right. I am personally sponsoring our leadership, management and accountability programme.

“Thankfully, the Commission did not find evidence of any concerted efforts across Police to cover up unacceptable behaviour and I hope the report will provide reassurance that we all take sexual abuse complaints seriously.

“To any victims of sexual abuse who have perhaps been reluctant to make a complaint, please come forward.”

Howard Broad should know. As a member of the Dunedin CIB in the early to mid-eighties he would, or should, have been well aware of the parties that went on inside the CIB offices after hours.

Author Lynley Hood has likewise been disparaging of Broad’s behaviour in and around his police duties, both as commissioner and as a senior cop, in particular his outrageous behaviour during and after the Peter Ellis trail in 1991. Hood commented in one of her press releases following the publishing of her quite brilliant book, ‘A City Possessed’:

On the occasion of Broads appointment in April 2006 to the top job of Police Commissioner Hood released another statement in which she said:

With Howard Broad’s appointment as the country’s top police officer, there is a real risk that ongoing damage caused to the fabric of New Zealand society by sex abuse hysteria and false allegations will continue unabated.

Just as with Fridays announcement by Bennett, Broads dark past has always been avoided when the public have been informed of his appointments and Broad himself now steers well clear of the media on such occasions. So just what is it that the National Party in Government and Minister Paula Bennett mean by:

Exactly what was it that Bennett and her bent pollie mates hoped to achieve when the decision to appoint the corrupt Howard Broad to this rather cushy position was made……which aspects of Howard’s “unique” skill-set had they hoped to deploy; his cover-up skills perhaps? 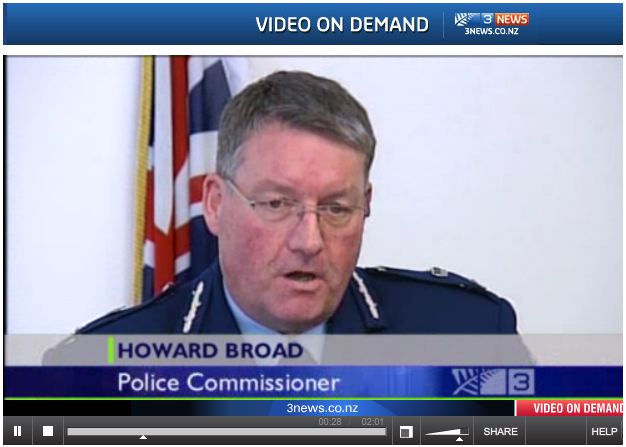