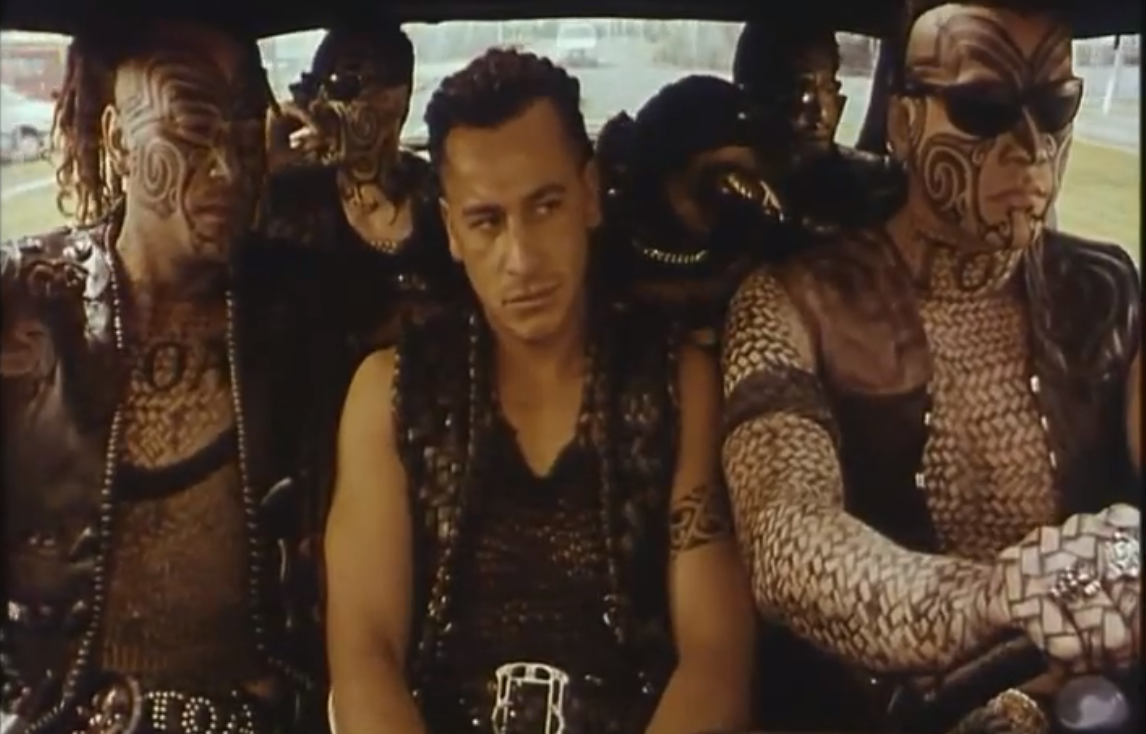 xxxxxx xxxxxx xxxxxxxxxx you are a complete and utter fuckwit of the highest order, as is your xxxxxxx xxxxx weasel and xxxxxxxxx xxxx faggot along with  xxxxxxxxx xxxxxxxxx and also not forgetting your slutty girl xxxxxxx. you name everybody in your article as bent and that they have conspired against you when infact you are the bent one dickhead. Beware cuntface the hammer is about to come down and you’re going to get crushed like the fat maggot that you are, and thats from all of us at ACC, IRD and your old mates in the police force we are watching and waiting for that right moment thats coming soon. Pull your fat fuckedup head in cunt or else. 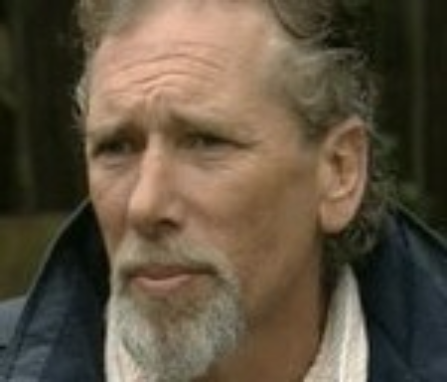 We here at Lauda Finem received the comment above a couple of days ago. We have of course redacted the names of the individuals that the poster, a complete  dropkick, thought he could reach so as to protect those innocent parties and of course ourselves (from a defamation tort).

It would appear that the person responsible for the attempted post had been surfing the web and discovered wwwaccforum.org; a site where information is seriously distorted and or fabricated and more often than not highly defamatory.

Now given our line of work as justice and anti-corruption watchdogs we’ve always run the risk of upsetting some seriously fucked up people and our latest commenter, a corrupt ex union official by the name of Paul “hard-man” Martens, is certainly no exception; beyond the fact that he’s probably been fucked up since birth.  This extremely violent and seriously bent moron is a blast from the past and has flown into an uncontrollable rage when he’s obviously encountered an article we published way back in 2011.

Martens trained as a chef, just managing to scrape through as an incompetent Gunja smoking ‘cook’.  Quite recently  he has been employed to train mainly Maori youth culinary skills in order that they obtain employment.

Now for the truth behind this cyber-stalker. Our research indicates that it was because this pot smoking idiot from Ruatoria couldn’t cook that he joined the Northern Hotel Workers Union in the mid 1980’s where he excelled at yet more underachieving.  Union low renter Martens lost legal case after legal case against the employers he targeted because of their wealth, and the cars they all apparently drove.

According to our sources Martens would often boast about his physical strength, whilst inebriated, to anyone who’d listen, and often used physical intimidation as the first option to get young women to have sex with him.  Apparently when he’d got them pregnant he then left payment for the abortion for poor girls to sort out (we’ve been given court transcripts that evidence this behaviour). On his facebook page he lists “Once were warriors” as his favourite book and film.

Martens was apparently dished out regular hidings when he tried his intimidation on those that refused to listen to his boasts, and this led to him being sacked by the Union (a union that was at the time headed up by Mark Gosche, a union thug that, typically, later went on to become an MP in one of NZ’s more notorious failed Labour Governments). We have additional information on Mr Martens that is pretty scary stuff indeed, but we are waiting for the reference material to be authenticated.    Again it involves attacking women.  We find it quite strange that Paul would ever boast at being tough considering he looks and acts like a girl. 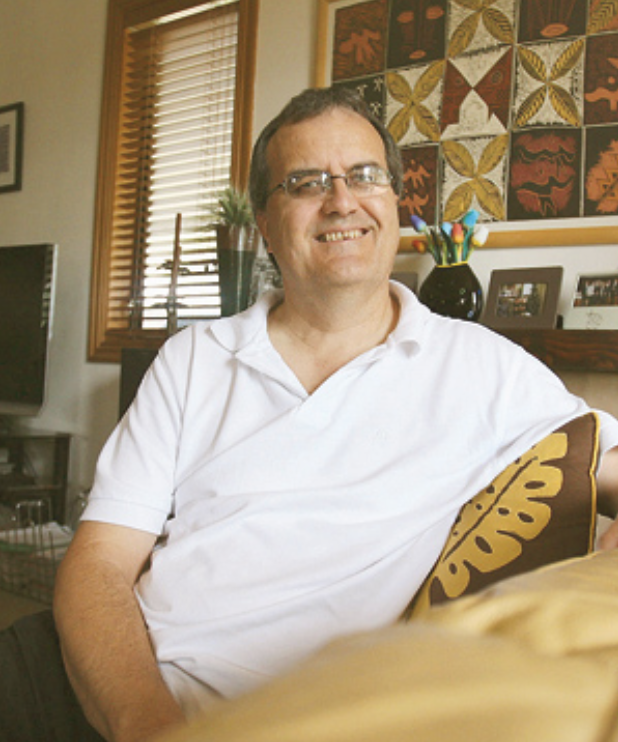 From our previous research we can report that the high period of his life was when he was putting out fires he himself had started in Ruatoria.   As volunteer Deputy Ruatoria Fire Chief [he got the job as there were only two volunteers] he excelled in a lack of leadership in complaining that the fire truck was inoperable, so that he could claim he put out the fire he started by the use of his fire hose sized penis.

Well most of the fires he started were at the Ruatoria pub where he burnt chips, and his chances of staying employed.  But in Ruatoria Paul felt that he truly fitted in; perhaps for the first time – he was Maori, unemployed, and a malevolent misogynist.

Do readers get the picture of a banjo playing inbreed on the back porch, we certainly have….”twang, twang, twang, boong [dud note].

But maybe Paul’s hatred of the fairer sex was a result of been dragged up.  Once again our researchers have been busy.

Its all against Paul.  Who the fuck would want to admit a dna connection with this guy.  Not bright at school with exceedingly low academic marks… apparently he didn’t deserve zero in English..he tried to argue the point but his English let him down.

That’s why he bullshitted his way through Maori….as who the fuck knew what Maori was in the late fifties, early sixties, and who the fuck cared?.

Lauda Finem researchers obtained a copy of a maori exam [Paul spelt Maori “Mouldy”] completed by Paul Martens in the third form [when Paul was 25]. Paul was asked to translate the following English words into Maori;

That’s right folks Paul struggled with English at school, in fact he still does and obviously much prefers using bullshit and abuse as his narrative. Perhaps this is the excuse for his constant use of the words “cunt”, “slut”, “whore” and “huk” whilst “socialising” digitally using his employers telephones and computers.  Apparently “not so big” Paulie enjoys telephoning much younger woman that he doesn’t know and abusing them using the above profanities as his  preferred English language way of communicating.  Perhaps in his childhood they were acceptable terms of endearment when addressing his mother.

Here’s an excerpt of the transcript of a recent telephone phone call made by Paul to a victim of his criminal harassment:

“Hi is xxxx there, xxxxxxxxxx listen you fucking whore, cunt, slut, bitch;  my hammer is coming down on you very fucking soon and you can tell xxxxxxxx he won’t be able to stop me………[creepy laughing]…..you don’t know who this is do you whore….cunt..slut…”

The only glossy and healthy thing about this guy apparently is his stool.  According to Paul his shit doesn’t stink, but thanks to the Team @ Lauda Finem his reputation surely does, and that putrid smell will now be around for all to sniff and thus avoid.  Hopefully we have made a difference so that women in the North Island of New Zealand, but particularly the Waikato area, are forewarned and thus forearmed.

What amazes us, being intelligent Australian academics is how an absolute recalcitrant recidivist criminal like Paul Martens can be hired by a New Zealand educational facility such as “Enrich plus” where he could well prey on vulnerable young female students.

We have been informed that one of Paul’s most recent victims has made a formal complaint to the trusts “Executive Leader – Education” Sean O’Brien, and that he thought Mr Martens behaviour would have been acceptable if he had used his own private phone.

Team Lauda have also been advised that Mr O’Brien apparently told one of the victims that he would only accept the complaint and take it further when he received something in writing? Well Mr O’Brien having just received an email from that victim we’ve risen to the challenge on the victims behalf. We here at Lauda Finem have put it in writing the type of digital letter that almost the entire planet has access to!

A personal message to Mr O’Brien:

For fuck sakes O’Brien what bloody planet are you on mate.  Looking at the comments we’ve received over the past two days, listening to the audio tapes we’ve been sent and then viewing the text messages received by Mr Martens victims its more than obvious that your employee Mr Paul Martens is a complete fucking nutjob, a psycho-preditor who has used your “not for profit” organisations resources to stalk his victims. You need to sack this Cyber stalking shit-head before all of your sponsors are sent packing.

Lauda Finem will be contacting Mr O’Brien after the Easter break (he can of course always contact us at laudafinem@bigpond.com) to see if he has acted on the victims complaints. If he hasn’t the Team @ Lauda Finem will deem that inaction to have been yet another case of what have come to term “CKC” or  Corrupt Kiwi Collusion and respond accordingly; with an aggressive online campaign aimed at ENRICH +, their sponsors, associated NGO’s, companies and the various other organisations that clearly deserve to know what “ENRICH +” really stands for, what their ethics and values are all about and exactly what this “not for profit” employee’s get up to whilst on company time using company telephones and IT resources.