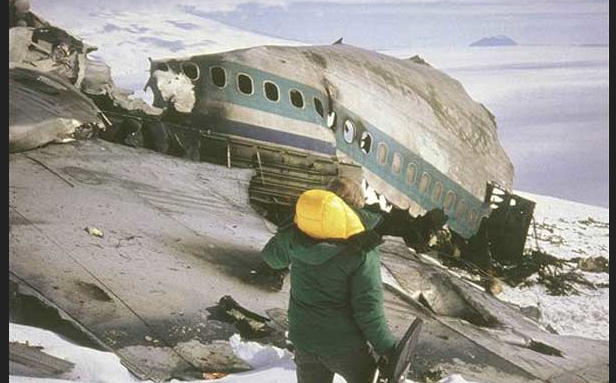 For obvious reasons we here at Lauda Finem choose to fly QANTAS not AIR NEW ZEALAND, according to legend its all to do with the KORU and an ancient MAORI curse on asian people.

Yet another of those shite sheet Fairfax Media (New Zealand) loser stories has reached Australian soil courtesy of Fairfax’s farming out of editorial to our third world (“cheese” specialist) neighbour New Zealand (otherwise oft referred to as the great Australian homesteads out house). Like we even give a fuck about this very dark shaky Isle shithole….please stop or we might start agitating for a boycott!

So as it turns out New Zealand’s national carrier “Air New Zealand”, you all know this company, the only Australasian airline incompetent enough to have lost a rather large aircraft in Antartica (1979). Apparently this disaster was the start of New Zealand’s very dangerous fascination with “adventure tourism”:

Of course the Antarctic mess was also the subject of yet another of New Zealand’s National Party attempted coverups and in the process besmirching the reputation of the judge Mahon the man charged with heading up the inquiry.

And then to boot the very same cheesy “Kiwi” outfit and low skilled operation were responsible for causing our own iconic Australian carrier ANSETT to crash and burn, through even more gross mismanagement; with the loss of thousands of australians jobs and entitlements. Well it seems that they decided not to employ a local “Maori” woman, a “tattooed” applicant who, as it turns out, also appears to be a member of one of their more politically active tribal agitators, and it appears that she, no doubt inspired by her “fucka politico’s, aka whaka politico’s” have gone to the media, aka “WHAREFUCKS NZ”, aka Fairfax Australia (soon to be bankrupt, despite Gina’s efforts):

Air New Zealand is defending its rejection of a job applicant because she has a Maori tattoo, saying it could frighten or intimidate some travellers.

Claire Nathan had a job interview with the airline last month, which was terminated as soon as she declared the traditional Maori ta moko tatoo on her lower arm depicting her heritage and children.

“I thought that they would be quite proud to have someone with a ta moko working and representing New Zealand. (But it’s) not the case. (It) was the total opposite,” Ms Nathan told Maori TV’s Native Affairs program. 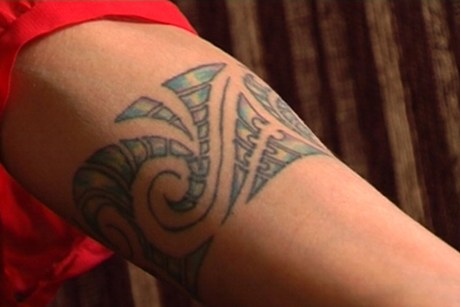 Air New Zealand says many travellers are frightened and intimidated by tattoos.

She was told tattoos that couldn’t be covered up by the airline’s uniform were unacceptable.

Ms Nathan believes it’s a double standard, because the airline has used tattooed All Blacks and singer Gin Wigmore in its advertising, while koru – a stylised NZ fern – are used in its logo.

In a statement, Air New Zealand said its passengers come from a range of cultures, and many of those cultures consider tattoos to be frightening or intimidating.

“Naturally we want all of our customers to feel comfortable and happy when travelling on our services and this has been a key driver of our grooming standard which, like many other international airlines, prevents customer-facing staff from having visible tattoos,” Air New Zealand said.

The airline pointed out that Emirates, Etihad, British Airways and Delta do not permit visible tattoos.
However, Air New Zealand says a newly established customer experience team is reviewing all of the airline’s standards, systems and processes, including grooming standards and the issue of visible tattoos.

“I don’t know why they chose to do that, but tattoos are pretty common these days.”

Labour leader David Shearer says he thought Ms Nathan’s tattoo was “actually rather lovely” and most visitors would agree.

National MP Tau Henare is outraged by the airline’s stance.

“It’s a beautiful piece of art that she has on her forearm and I don’t think any tourist would go scurrying for shelter if they saw her moko.”

The Human Rights Commission says a person of Maori descent must not be denied employment, entry to premises, or declined service because they wear moko visibly.

Air New Zealand’s inflight service; after a few beers “BRO” are “tattoos” and tarts free? After all wasn’t Air New Zealand the first Airline in the world to join the mile high “Hostie Fuck Club”?

Then of course there was also the “flying brothel scandal” in 2006. Apparently John Key is hell bent on off loading the New Zealand Governments stake in the national carrier before the next election. That could well explain this inane media driven drivel…..a storm in a tea cup….and another “i’m a good bloke” photo op for the smug cunt Burnside high school old boy, PM John Key: 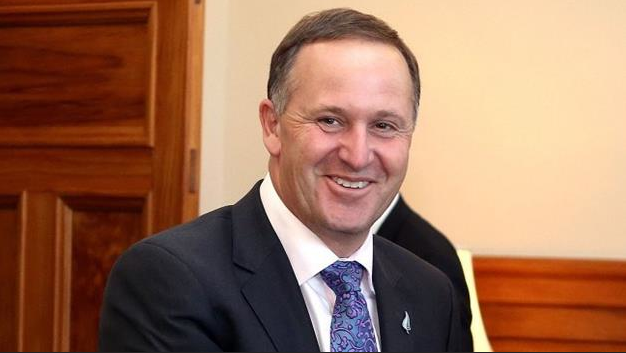 Yet another photo op for the smiling assassin John Key, what about this Air New Zealand news item readers: http://news.uk.msn.com/world/aircrash-families-urge-safety-drive

Prime Minister John Key says he is surprised by Air New Zealand’s refusal to hire a woman with a traditional Maori tattoo.

Mr Key was commenting on the case of Claire Nathan, who said the airline would not hire her after discovering she had a ta moko on her forearm.

He said: “I guess it’s a matter for them. I don’t know why they chose to do that but tattoos are pretty common these days.”

Mr Key, who is the Tourism Minister, said he didn’t believe the traditional motif would put off tourists.

“It would be a problem if it did because a lot of the Maori events they go to, there’s lots of tattoos.”

In our opinion every employer has the right to set their own dress code, and Air New Zealand is not alone in its no visible tattoo’s policy, industry leaders such as Qantas, Emirates, Etihad, British Airways all have similar policies on tattoos, piercings and jewellery, as do upmarket retailers such as David Jones, Harrods and of course multinational hotels with a five star rating.

One of the many problems with the airline industry, amongst the other aforementioned service industries, is that standards have been falling for well over a decade, flying in particular can now be a horrifying experience, far from the thoughts of glamour and luxury it once invoked.

In fact if travellers don’t choose wisely when selecting a carrier they could soon find themselves in the middle of a nightmare. Air New Zealand, however, quite aside from having its planes drop out of the sky is not alone in the horror story stakes.

Australia’s very own Jetstar leads the pack when it comes to providing nightmarish travel experiences for its customers and the selection criteria for their staff is also very low. In fact Jetstars customer horror stories have been so prolific over the years that a dedicated website has long been established:

Now theres a plan why doesn’t the tattooed lady, Claire, simply apply for a job at Jetstar:

JETSTAR says it would welcome a job application from Claire Nathan after Air New Zealand rejected her because of a tattoo on her arm……..

“We would welcome an application from Claire Nathan for one of our customer service roles,” the airline said in a short statement”.

Of course  Claire would need to brush up on a few of the very special skills that Jetstar requires of it’s employees; she would need to become a resourceful accomplished lier and bullshit artist; if she could also manage to be rude, arrogant, ignorant and insensitive she’d be a “shoo in” for an employee of the month award.

Good luck Claire, we wish you well in your new position with Jetstar, we know you’ll wind up just hating it. We also suspect that Claire’s romanticised rose coloured view of the world of airline travel will disappear out the window of a Boeing at 35’000 ft. Perhaps Claire might then get real and decide to set up her own website:

Stories like this tattoo shit, and a number of others on the subject of Kiwi’s SCV status in Australia, all playing the race card, pushed by New Zealand’s mainstream media only serve to diminish and or alter the true meaning of two very important words; Racist and Racism, they run counter to the reality of the situation and are nothing more than futile attempts at social engineering, for much less than an altruistic reason…..Newspaper sales = corporate profit.

This behaviour is of course in itself an abuse of the English language. An abuse that could well come back to haunt New Zealand’s racial minorities in the future; as it is here in Australia right now…and all in the pursuit of profit!

With the above in mind, here’s a little  fable courtesy of Aesop, for the big boys and girls who comprise New Zealand’s profit driven corporate mainstream media (especially Fairfax). We’ve selected a very slow video version of the fable for good reason…..Kiwi Fairfax journos are not particularly fast nor are they that bright, so listen carefully children: