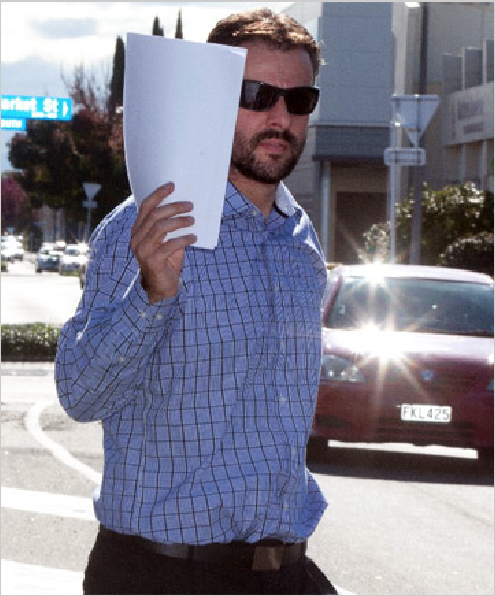 Its part of the New Zealand polices east coast culture….rape that is. Ten year veteran sworn Police officer constable Adam Dunnett has been charged with 5 counts of sexually fiddling with young teenage life savers whilst acting as a life saving instructor. We here at LF believe this type of culture is well embedded in the ranks of the New Zealand Police. The East coast is a hotbed of criminal sexual offending by senior New Zealand Police officers. Some of which have ended up in the Klinkerhoffen. The majority of whom haven’t.

Its not only the New Zealand Police that are heavily involved in this conduct they are aided and abetted by serving life guards. In the Schollum, Rikards and Shipton gang rapes the officers were assisted by Mount Maunganui life guard and convicted rapist Peter McNamara.

At least one of the rapes occurring in a life guard tower. Seems the police and life guards love nothing more than a heady cocktail of booze, broads, sun, surf and sex with local girls, consensual or not….preferably not it would seem.

In the Rickard trial the deputy Commissioner was allowed to wear his police uniform into court….sway the jury…..you think! The Police service was on trial, sway the jury you think! That particular stunt the brain child of seriously dodgy and currently deceased defence lawyer John Haigh QC. One of many hackneyed oldies but goodies dragged out by Haigh in his less than illustrious career.

So what’s happening on the Banjo playing west coast of the North Island, well the cops there are shooting people again. The last killer of a citizen, and amateur golf player Steven Wallace, by constable “Keith the Chief” also resulted in the farcical but effective us of a police uniform wearing defendant in the dock, sway the jury, you think. The current police shooters shot a New Plymouth man after an alleged burglary of a golf club….. What’s it with these west coast cops…they hate golf? To be fair it is alleged that the burglar shot at police first, if that was the case then deadly force is an appropriate reaction in certain circumstances.

Back to Constable Dunnett, he wanted name suppression just in case he was acquitted and the five complainants got it oh so wrong! LF will watch in wonder if the NZ Police allow Dunnett to wear his uniform into the dock. You think?