Apocolypse NOW for ACC Forum. Their victims must be laughing.

There comes a time in a battle of good against evil when the numbers become insurmountable – when the propaganda doesn’t match what is the unassailable truth – when  you can smell the napalm…….

In the case of the ACC Forum the numbers speak volumes on Google.  It is all but over, and Janice Karaka Clarke, an ACC entitlement fraudster currently being investigated for a further fraud committed over the last 24 months – that story coming soon only on LF.

Janice Karaka Clarke was so ugly at birth that doctors had to drug her mother for the infant to be breast feed  – wait until you see the latest pictures of this horrific example of a knuckle dragging foul mouthed Kiwi female………of coarse, now that we have identified this evil bitch we have organised for a more recent image!

What are we talking about?. Well one word “Google”. When ACCForum is “Googled” the search engine still plants the hate site as number one, but the next seven hits (independent search) are LF’s articles profiling some of the web-forums psychotic members.  What fucking chance have they got of being taken seriously when they defame anyone and everyone?  IT’S OVER FUCKTARDS!!!. 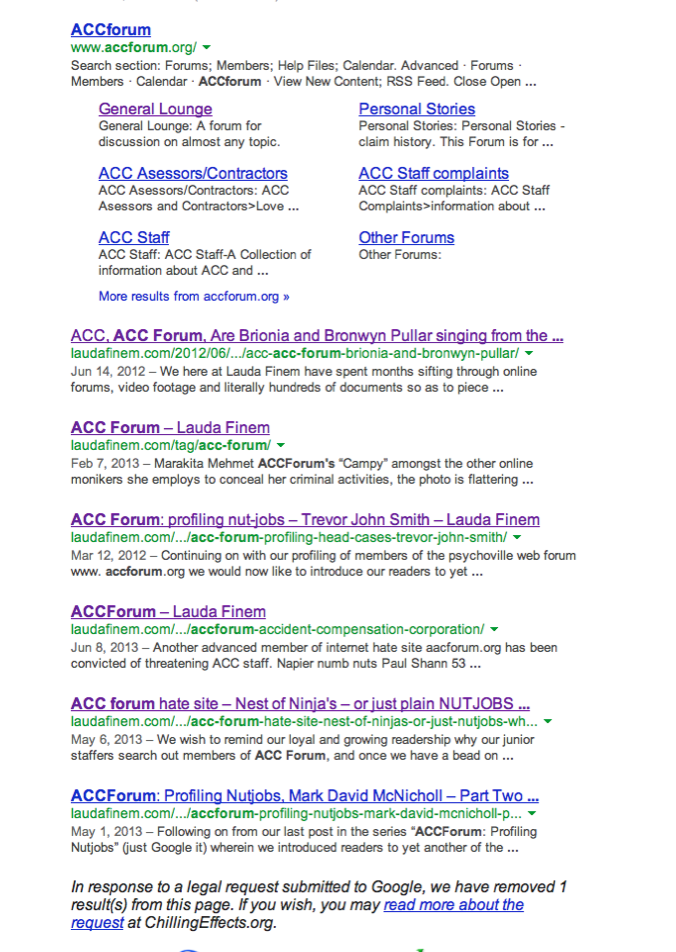 Their rantings and threats remind us of someone else that was also full of shit when “cornered” and the inevitable end was looming (for those ACCforum members that don’t comprehend English, its the present participle of loom (Verb): thats to say that it appears as a shadowy form, esp. one that is large or threatening………..ENJOY!!!!

“Hey Guys, the important function of this forum is the assistance and protection of vulnerable individuals, the nottingham’s and there cohorts are a serious threat to such people. Now the nottingham’s (beagle boys, larda boys what ever you call them) are on the move other need to be warned. The concern is that in fighting here undermines the course, please lets focus on making sure these nottingham scoundrels are exposed for what they are and they do not get to hurt any more innocent parties.”

But Mr Butler is now at last beginning to make sense:

And then these comments on “YouTube” by the serial online (wannabe Islamist) defamer Marakita Mehmet underneath a video posted by her “www.accforum.org”and “www.accfocus.org”  buddy Mr Mark Davis of New Plymouth New Zealand: 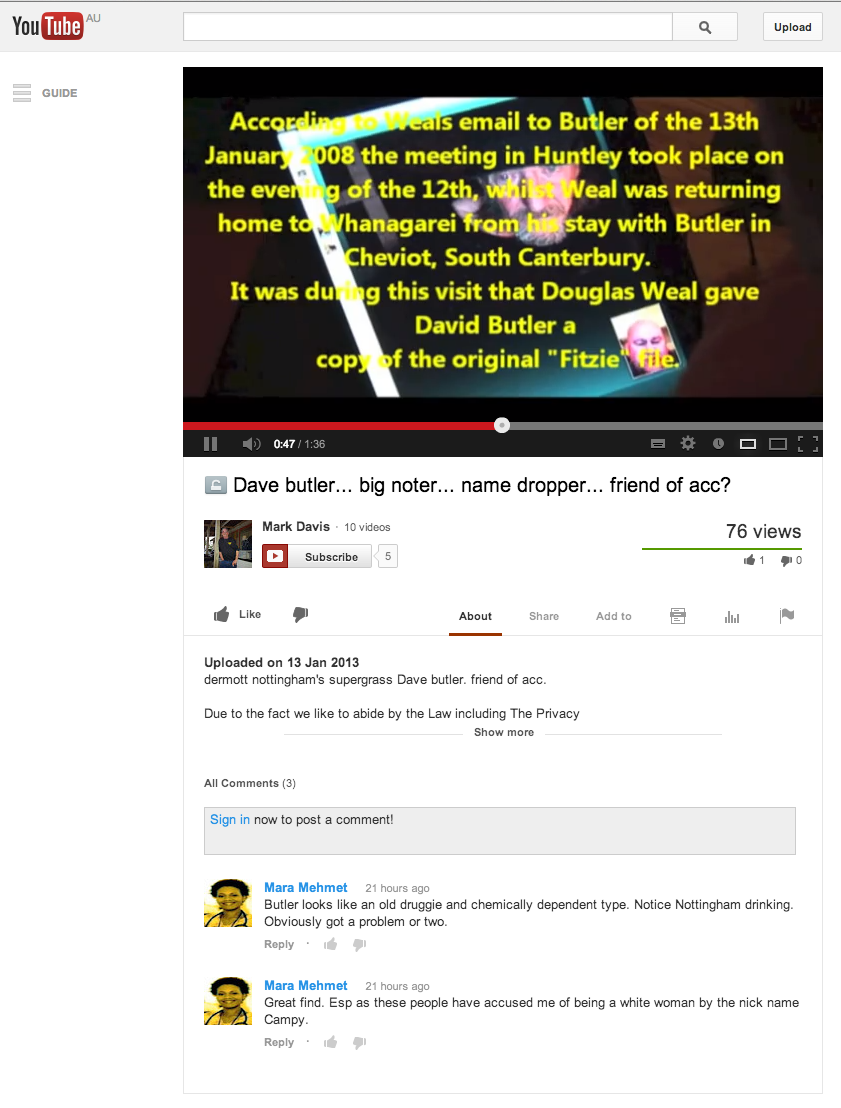 Here at LF our volunteers (all disciplines) are specialists in “joining the dots” ….. In particular we deal with the investigation and preparation of evidence for defamation proceedings flowing from illicit or unlawful internet activity.