ACCForum member and nut job “Rossco” AKA stssor@vodafone.net.nz tries it on!

Another sad fuck using the moniker “Rossco” corresponds with LF, although he seems to be a little confused as to LF’s identity, ignorant, arrogant, can’t spell and is not at all competent when attempting to reference online sources.

In short  accforum’s “Rossco” yet again meets all of the criteria required to be diagnosed as suffering complete dumb-Fuck disorder (and Kiwi justice campaigner “Dermot(t) Nottingham” must now be clocking up the damages bill that he and his extended family, in our view, should take against the Wislang family and their various incorporated “trusts” and the REAA):

Dermott you really are as thick as pig shit.
Lets go back to the beginning for your benefit and I want to start here………..

What’s even more sinister is that these two were ‘best man’ at each others weddings.

Detective Sergeant John van den Heuvel said there was a sinister aspect to it. It was still unclear how Brown obtained all Mr Winter’s details…………………………in this item on your blog site Dermott………..

http://laudafinem.com/2012/04/14/corrupt-reaa-official-ex-cop-stalks-justice-campaigners-family/……….
Have you taken notice of the dates Dermott?
To help you out you already have Mr Winter in your sights as the item shows it was dated 2012/04/14. I made contact on the 22 October 2012. That item prompted me to look further into your site and I came across the following……………

17. On receipt of the CV, it appeared to Mr Winter that Mr Moss was almost too good  to  be  true.    He  had  been  a  senior  investigator  with  the  Police,  and appeared over‐qualified for the position of investigator. He decided to ma ke some  checks  of  his  own  with  contacts  in  the  Police,  and  discovered  that  he had  left  the  Police  during  the  course  of  an  investigation  into  a  relationship with a constable.

Just how was it that Dean Winter was able to access confidential police information on Moss, Winter was no longer a serving police officer, no longer legally able to access police records, how is it then that we are expected to believe John Edwards bullshit accounts of Winters possibly “criminal” activities in obtaining confidential information. Just who were Winters police contacts? Names, dates,this important corroborating evidence is clearly missing from the Edwards report – why?

The information I provided you with Mr Dermott Nottingham was already in the public domain and freely available to any one who chose to look. That evidently did not include you, to be charitable, because even though you tout yourself to be an experienced researcher and investigator you were simply too inept to find it.

Banned by ACC, refused a car dealers license because of his multiple CRIMINAL CONVICTIONS, lost his real estate license because of his HABITUAL SCAMMING, then exposed as “THE BEAST of HILLBOROUGH”. NOTTINGHAM defames all and sundry on his TROLL blog site laudafinem.com then squeals like the FAT drunken PIG he is (150kg) when anyone reciprocates in kind, then he defames every one again accusing them of the response, often he accuses many for the one response, which shows he has so many enemies he does not know who to blame.

As far as tub of lard slater is concerned your fucking idiot you should have looked further and you would have discovered why he banned me the second time.

Are these www.accforum.org nut-jobs even capable of stringing a sentence together, do they even know what they are doing? Well the simple answer is no…..LF’s response to this latest email will be coming soon (and we’ll have a few background emails, and a photograph of Dean Winter).

It seems that this bloke “Rossco” aka Ross T Smith has made a “very recent” online career of dissing bloggers of all persuasions. Although on this occasion its a case of www.accforum.orgs “Rossco” attempting to keep yet another of that particular forums defamatory internet google myths current and alive:

The man they call “Rossco” yet another NZ Govt paid “ACCforum” member in disguise; no real posts. In fact, he’s just sitting there  as a “so called” sleeper? 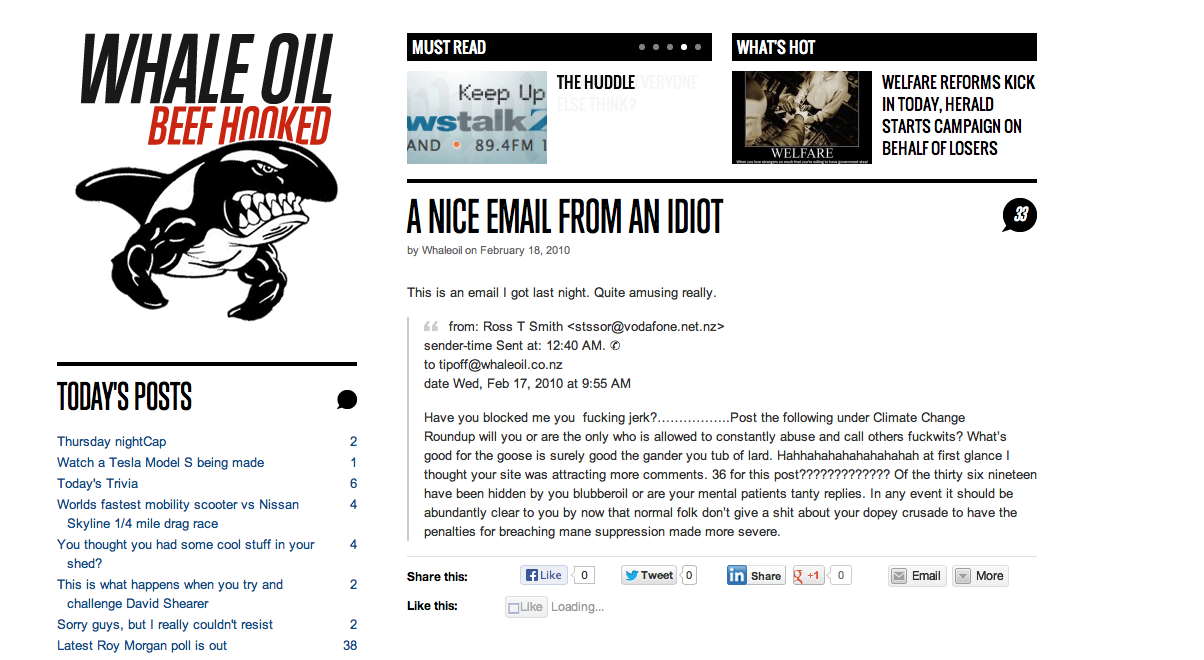 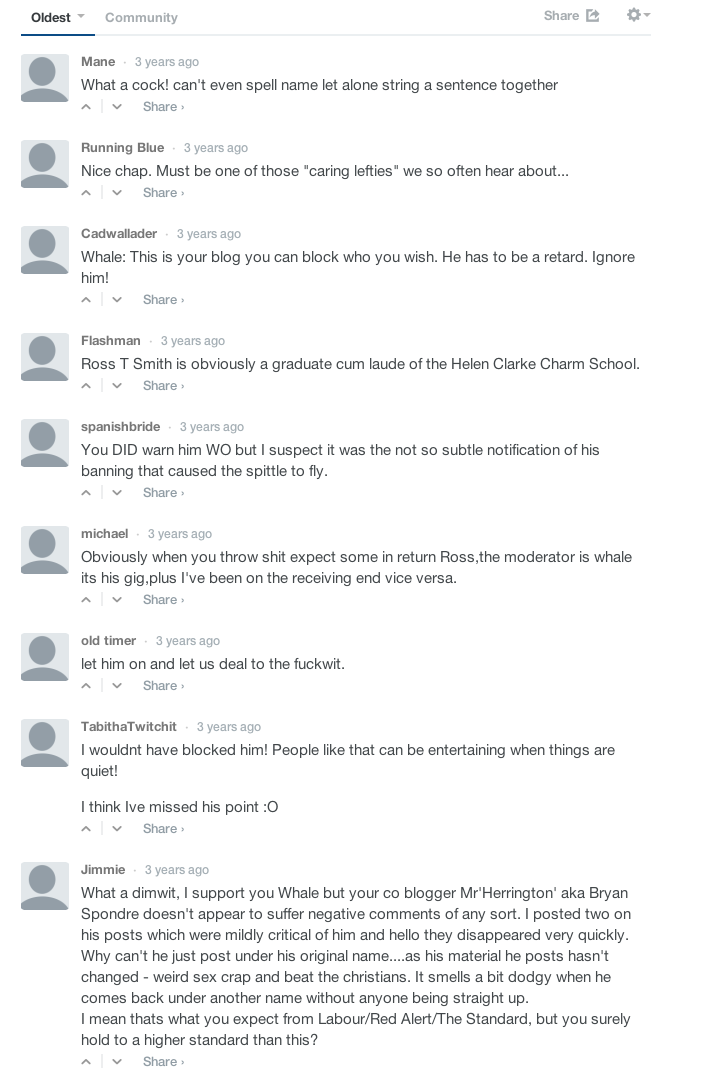