Over the past few weeks we here at Lauda Finem have been receiving strange emails (to be released soon), some of which have sought to impersonate the identity of one of the founders of www.accforum.org (one Dr Miles Wislang). It was clear to us that the people behind these rather rudimentary ruses were in fact Douglas Weal, Kenneth Miller and Mark Davis; who amongst others are in the very same cabal that conspired (we believe with ACC staffers at the time) to convict Alan Thomas of the Takapuna Bomb Plot fame; it seems that they still aren’t over being exposed as criminals.

We yet again set a number of traps, the last of which went off late yesterday arvo. As a result we were able to locate the nerve-centre of their new web forum www.accfocus.com.

14 Homewood Avenue, the “accfocus.org” and “www.cws.net.nz” (creative web solutionz) home base. Is this this guy Mark Davis an utter scumbag and criminal?

It appears that one of the criminals responsible for setting up the site www.accfocus.org and attempting to steal personal identity  data from www.accforum.org, Mark Davis (aka “Easyrider”, “Muppet”, “Freefallnz” and “Mark“)  is now working from home. We’ve  discovered that he operates from the small town of Levin in new Zealands North Island. In fact the  exact location has been pinned down to the address of 14 Homewood Avenue, Levin, 5510, Horowhenua, New Zealand. The exact same address given as “home-base on this website: Creative Web Solutionz

Mark Davis, accforum/focus web master aka “Mark” and a few other monikers

Moving on, we knew that the true identities of those sending the correspondence (we had received) had been concealed (using proxy servers and the like)…..now why would legitimate correspondents use, let alone know about, these IT techniques?

We then just needed enough information, in the way of samples, so as to establish the same or an almost identical internet route had been used on all occasions.

The curious thing is that Mr Mark Davis (who purports to be [ad nauseam] an Accident Compensation Corporation Claimant) operates a business as a Web developer/designer and provider of internet hosting facilities via his website: “Creative Web Solutionz”. The site looks rather fancy claiming quite the history – in fact going back to the month and year of the “Fitzie File”, not long before Mr Alan Thomas was first accused and later arrested. 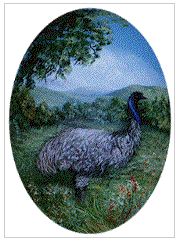 New Zealand’s very own big fightless bird, an Ostrich like creature, the Moa, that was hunted to extinction a long time ago: Mark we hope that you appreciate the metaphor?

Davis, however, may have again been a rather naughty boy (in a criminal context);  it would appear that he has been using some of his web customers IP addresses to disguise the origins of his mates and his own emails, impersonating natural persons, and just as importantly the comments they’ve all attempted to post on Lauda Finem over a number of months. We’ve also noticed that Mr Mark Davis has been busy removing and or altering his very “old” online profile material over the past few weeks…….again we ask the question why would that be, perhaps he’d realised that he was close to being exposed?

We also note that Davis (at least by New Zealand standards) appears to be very well-off, in fact very very comfortable for an ACC claimant….yet again we ask the question: why would that be?

That story in detail coming up next – the story is a bit  like a Daisy chain in that Mark is connected to ACC’s Hans Verberne!