Helen Milner, in one of her not so demure moments (as constructed by TVNZ), threatening to run the journo down. Theres more to this little Banana Republic story than first meets the eye!

The Christchurch filth have been at it again covering up for their incompetent investigation into the death of Christchurch truck driver Phillip Nisbet. Nisbet 47 was murdered by his wife Helen ‘ the Black widow’ Milner, by poisoning and suffocation. Not that the filth could work that out. 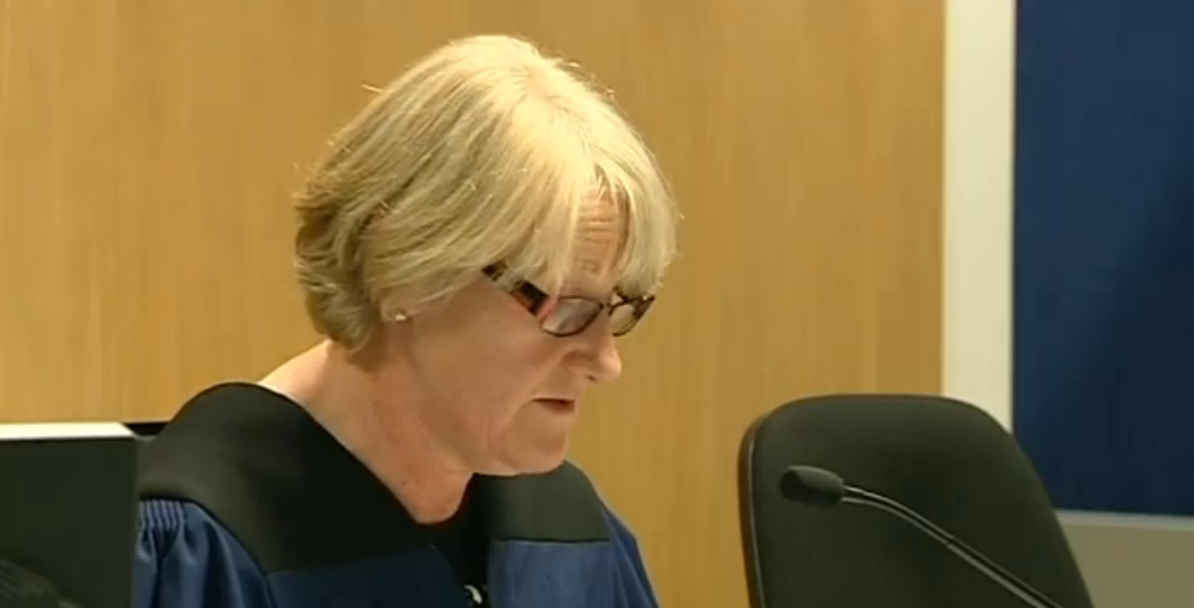 Christchurch Coroner Sue Johnson, two years ago, just after the earthquake, created an environment for police to re-investigate, in a city renowned for its witch hunts and duplicity, whats actually happened, what occurred during the trial and going on now that theres been a conviction? Was the Nisbet case used as a New Zealand Police and Crown Law scapegoat?

The original police investigation was an absolute sham and displayed a level or arrogance and incompetence that the New Zealand Police are now infamous for. Detective Sergeant Scott ‘scapegoat’ Anderson is reported as stating that he ‘had no plans to re-open the investigation’ when the Coroner Sue Johnson released her report into the death of Nisbet and refused to make a finding of suicide.

If it wasn’t for the refusal of Nisbets family to accept the result of the polices investigation then Helen Milner would have gotten away with murder. The movers and shakers behind the campaign to charge Helen Milner was Phillip Nisbets family and in particular his adopted sister, Queenslander Lee-Anne Cartier. 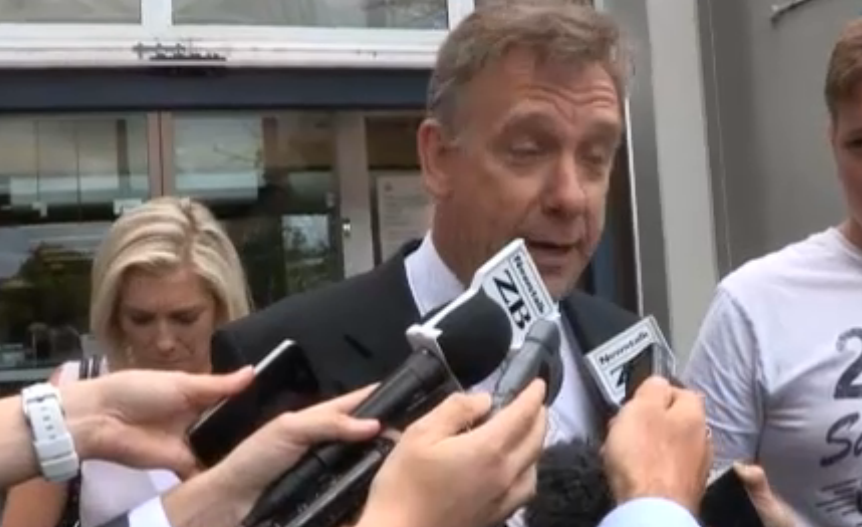 Without this womens unswerving courage in the face of the New Zealand polices recalcitrance, incompetence, bullshit and bullying’ Milne would have walked free counting the $250,000-00 insurance payout on Nisbets life.

Milner was already spending up large and planning her new life with man about town Barry ‘Bull shit artist’ Hayton. Hayton was on the receiving end of Milner’s largesse within weeks of the murder of his predecessor Nisbet. It is rumored he was hanging out of Milner and sporting a new wedding ring before Nisbets corpse was cold.

The very idea of shagging Milner results in an involuntary gag reflex in the LF crew, especially the girlies. Hayton was also fronting the media alleging there were ‘ two sides to the story’ but happily concealing his new squeezes conviction in 2009 for stealing $ 29,000-00 dollars from her employer. 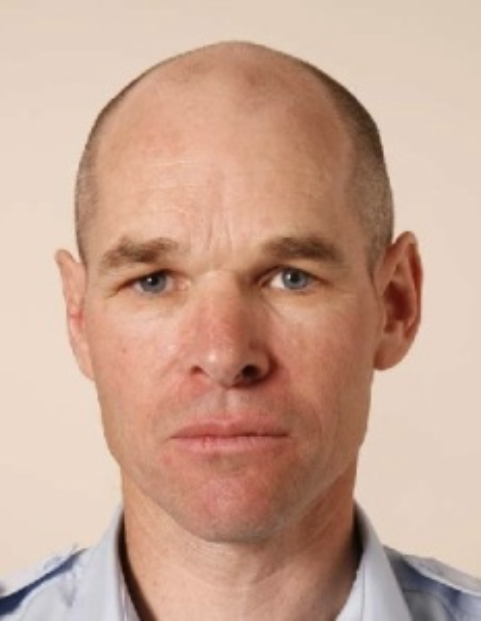 The homicide investigation begun after the coroner said there was no proof of suicide was led by Detective Inspector Greg Murton (photo above), who found glaring holes in the original investigation.

So what did these buffoons in blue decide to do, they decided to arrest Milners son, who believed she murdered Mr Nisbet, on a trumped up allegation that he had sent threatening txts to Milner and his ex girlfriend. Yep these clowns banged up the unlucky Mr Adam Kearns for two weeks in the Klinkerhoffen for breaching a bogus non molestation order obtained from the family court. You guessed it the sort of order that is now farcical in New Zealand as it is the first thing that girlies do when their relationship ends.

This sounds decidedly like the Matthew Crann case, false assault charges laid by Elizeabeth Currie….Bingo boys and girls. The very same arrogance and disinterest when Mr Crann produced evidence of the criminal conduct of Currie and her girlfriends in stealing Mr Cranns assets and forging cheques.

The upshot of this is that the phone purchased by Milner to send the false threats was used to make other calls, it was also the same modus operandi used by Milner to invent suicide txts and false suicide notes….bugger, fucking obvious we would say. Bottom Line is Milner was convicted of the false phone threats and sentenced to two years eight months in the slammer for defeating the course of justice, 9 months home detention for the theft of the $29,000-00 and finally convicted this month on the murder charge.

So how long was it before the police were forced to act, Mr Nisbett was murdered in 2009 and murderous Milner was finally convicted in December 2013. Well done Ms Cartier and sham on you the New Zealand police. 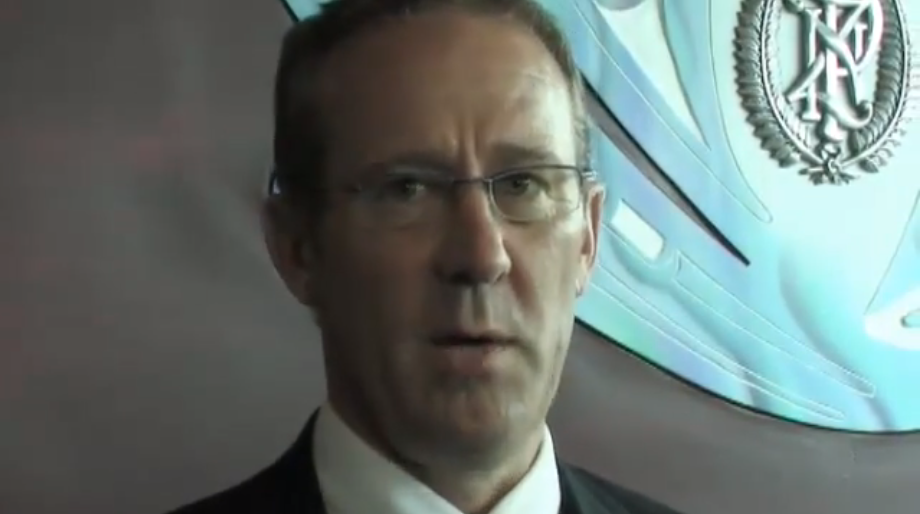 So what is the filths excuses…well none really. Detective Inspector Tom Fitzgerald did have this to say about the investigation by senior bozo’s in blue who conducted the original farce of an investigation.

To this LF has this to say ‘fess up you fuckers and give the public the names and numbers of all the officers involved. LF want to assess their performance in this matter with the polices previous conduct in other investigations? Well of course the police know that’s what the public wants to do and that is not going to happen if Inspector Tom Fitzgerald has his way. LF believes that the initial investigating filth have form. What other members of the public have been fitted up by these clowns and what other serious criminals have walked free? 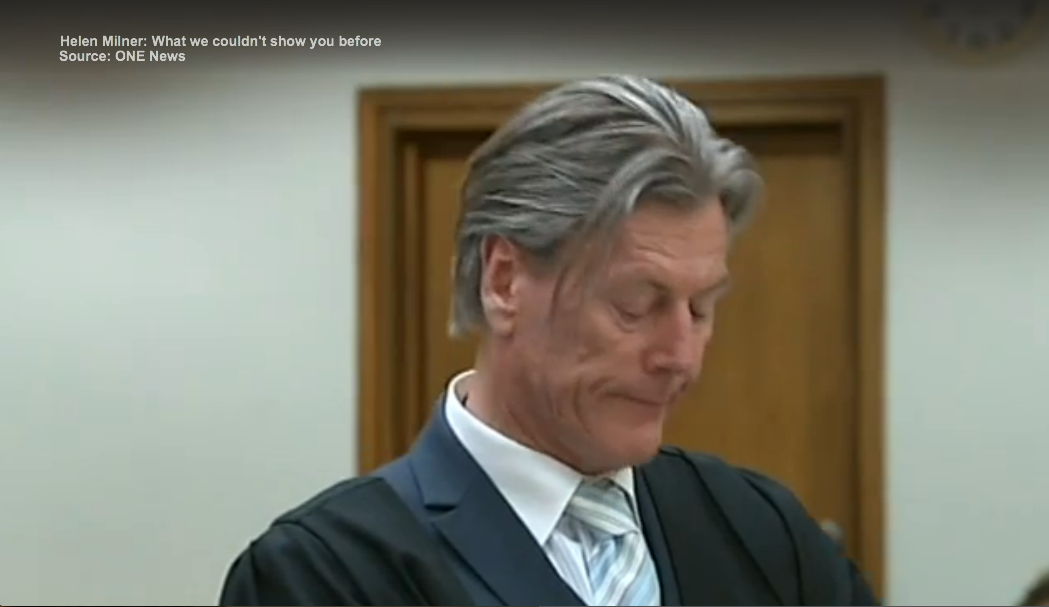 LF sought comment from Sgt Greg ‘pisshead’ O’Connor the police association president but he was unavailable for comment as he was sleeping off the bender he had been on the night before.

Helen Milner was a loving mother and wife prior to 2009. She had no prior convictions and was a model citizen. Based on her previous 47 years of clean living maybe the judge should take this into account like the courts did with Christchurch convicted corrupt copper Sgt Meyer when he was sentenced to home detention. That’s the sought of logic that defies credibility.

Now to the MSM, they have also been playing their little games with the murderous Milner and her fawning fiancée Barry ‘Horn bag’ Hayton. Hayton and Milner threatened to smash the herald on Sundays camera equipment….yawn, yeah  right an oldie but a goodie. Television News did however get some footage of a visibly upset Milner showing her true colours and threatening to run the the journos down with her motor, that can be viewed here, at least until its pulled by TVNZ.

Poisoning trial: An unlikely alias, an angry son and a botched …

Poisoning trial: Why did you kill my brother? – Victim’s sister …