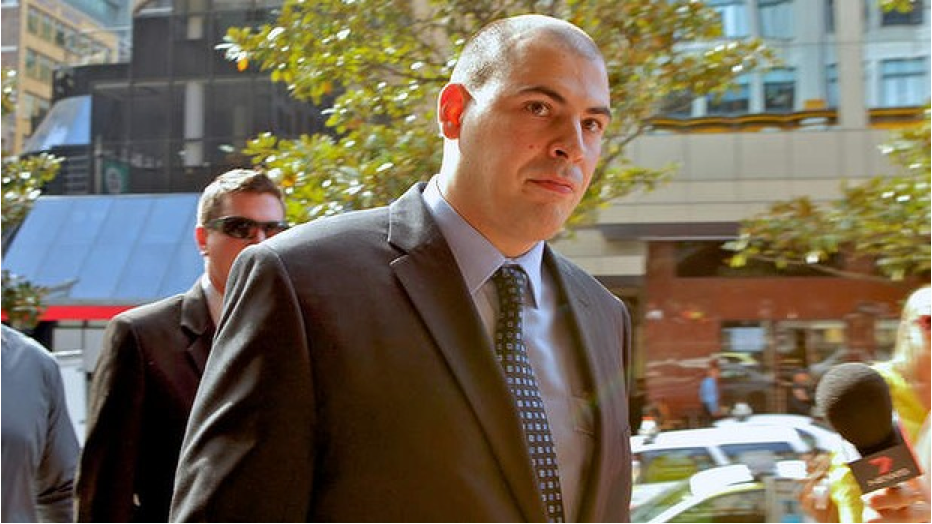 Police perpetrator of the assault on the 18 year old Jackson Reed, Constable Leon Mixios outside the Downing Centre yesterday

One particular court room at Sydney’s lower courts Meca, the Downing Centre, was busy yesterday, at least busier than usual. Outside the Liverpool Street entrance the media milled around waiting for word of what had happened and of course the obligatory photo opportunity. Meanwhile inside, Local Court Magistrate Michael Barko was hearing the closing episode in the appalling case of NSW Police v Jamie Glenn Jackson Reed.

The hearing itself did not last long with Police withdrawing all charges against the 19 year old Mr Reed who had himself been the real victim, like young Brazilian, Roberto Laudisio Curtia, a victim of Police brutality. The police charges and case against Reed were never going to stand up to any form of scrutiny, hence the police’s eleventh hour withdrawal of the charges. The fact the police waited so long in its self needs to be looked at very closely and addressed by way of compensation. Of course that will udoubtedly occur when Reed and his legal representitives issue civil proceedings against the police, which according to Reeds lawyers is only a matter of time and the required due process. 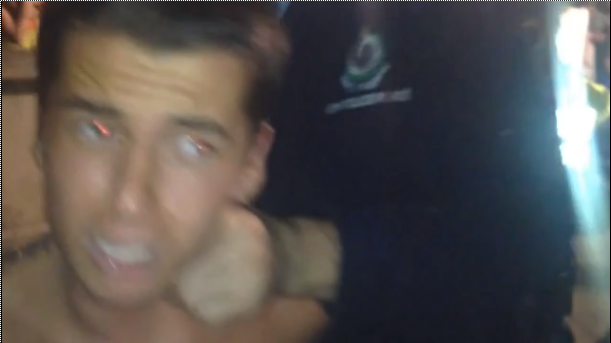 The police certainly deserve to be held responsible and to account in this case. The bullshit trumped up charges of “resisting arrest” and “using offensive language” levelled at Reed were clearly only ever laid by police in an attempt to discredit a young and vulnerable victim; a failed attempt, as always, employing  prosecutrial abuse, that, had it not been for the evidential video footage and a good barrister, would likely have succeeded, if past events are anything to go by. All to often police are not held to account until someone starts screaming blue murder, such as in the case of the family of the young Brazilian student Roberto Curti who died at the hands of NSW Police in March 2012

The fact that the police dogedley pursued this hopeless case to its bitter end, with a defended hearing last year, where Constable Mixios was accused of lying to the court, and then, only after obviously realising that their case was about to collapse, decided to withdraw the charges is deplorable and demands more than a rap over the knuckles for those responsible. 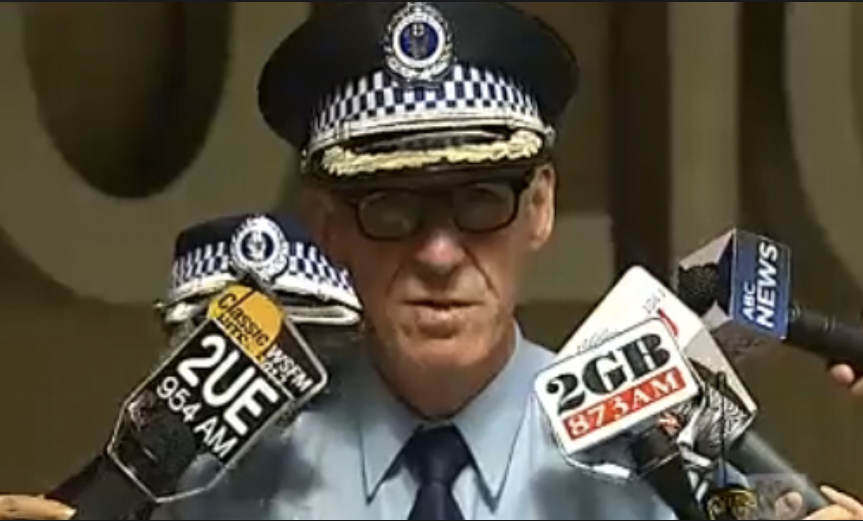 NSW Assistant Police Commissioner Mark Murdock in March 2013 assured the gay community and the assembled media that there would be a full investigation (see police media video below) – 12 months on, what happened to that investigation. Were senior police hoping for Jackson Reed to be convicted first, before wheeling out the police propaganda shit-sling?

Whats even more reprehensible is the fact that despite senior police reassurances, at the time, that the case would be thoroughly investigated it was uncovered by Reeds defense counsel, the very experienced Phillip Boulton SC, during his examination of Constable Mixios that no such police internal investigation had ever taken place, or at least if it had, Mixios had never been questioned – a very unlikely senario indeed:

“Has anything happened to you, have you been charged with any misdemeanour?” counsel for Mr Reed, Phillip Boulten, SC, asked Constable Mixios.

– What about statements by police in the media indicating that there would be an internal investigation, has anyone called you in to ask what you did and why you did it? 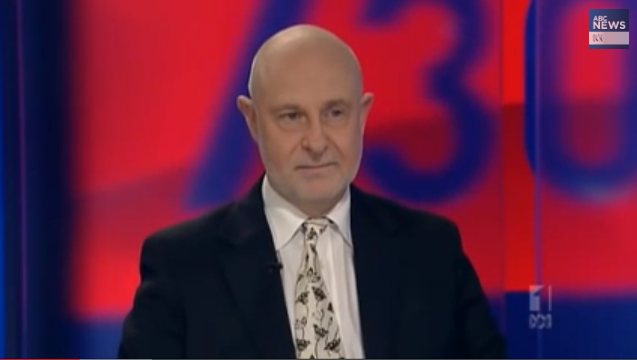 This case, the false charges and trial were clearly an attempt by police at a coverup from the start and Police should now face the music for even attempting, in this day and age, to pull a swiftly on an, always sceptical, gay community and the Australian public in general.

In LF’s opinion the governments decision will do little more than waste taxpayers money by tying the courts up with appeals against these on the spot fines – and rightly so the law is seriously outdated and should be removed from the statute books. This particular offence and the fine have been abused by a minority of police for decades, as was fairly recently seen in 2010 with a case that Magistrate Pat O’Shane threw out – According to O’Shane, calling police ‘fucking pigs’ was not offensive language.

One suspects, given the level of costs subsequently awarded against the police, that Magistrate Michael Barco was more than a little displeased with the polices handling of the case. last year following the assault LF published a piece that question the polices actions in charging Reed, the offending officers attempts to intimidate a young cameraman from filming the extended abuse of Reeds legal rights. In the piece LF included the unedited version of the video evidence, something that the mainstream media, as always, was for some inexplicable reason reluctant to publish, preferring an edited version that left the viewer in doubt as to what had occurred and who was responsible for the police actions.

The police officer responsible for the assault and intimidation of bystanders and those filming, constable Leon Mixios, was also present in court yesterday to watch the case fall apart. What lessons will the New South Wales police take away from this drubbing? Well of course that remains to be seen, but they can be assured that with Mardi Gras 2014 fast approaching Sydneys gay community will be, as a result of the polices behaviour, on high alert. LF is aware that word on the streets, for anyone attending the march this year, to go armed with a smartphone or camera with video capability and to be alert to the possibility of a repeat of the police harassment and violence of 2013.

Lets hope that the senior officers responsible for policing this years festivities think twice before drafting in cops, like Mixios, who hail from Sydney’s Western or South Western Suburbs places where homophobia and homophobic attitudes amongst police are still rampant, despite what the police media spin doctors would have everyone believe.