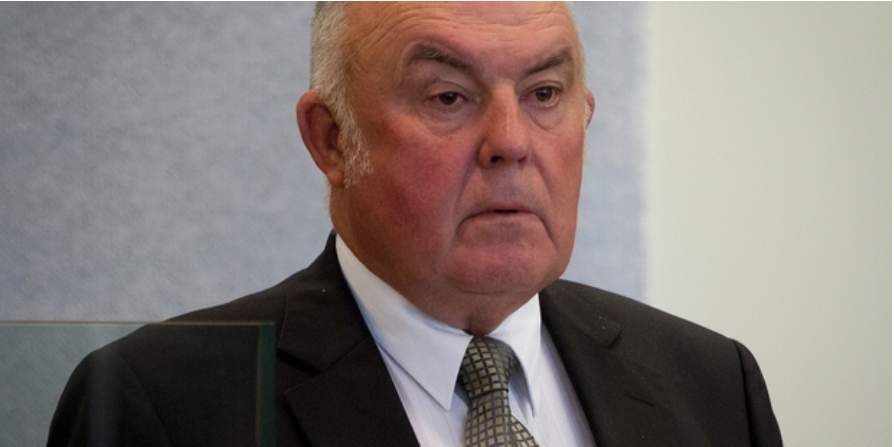 ANOTHER NATIONAL PARTY STALWART GOES DOWN, HUGH HAMILTON CONVICTED OF 14 CHARGES OF THEFT

Hugh Hamilton, looking a little worse for wear after having been convicted of 14 counts of fraud, what is it about Kiwi lawyer’s, they seem to attract fraudsters like shit attracts flies.

The verdict is out and this scum sucking bottom dwelling ‘fit and proper’ fucktard has been convicted of 14 charges of theft by a person in a special relationship. Hugh Edward Staples Hamilton, LLB, OM [ NZ order of Merit] ex Mayor of Central Hawks Bay, Central Rugby and Sports Club chairman, Rotary Club president, Officer of the High Court of New Zealand and NZ National Party stalwart was convicted by Justice John Faire in a judge alone trial. John Faire has a good reputation and the Hamilton’s connection’s apparently didn’t stop this judicial officer doing his job. Three cheers to John Faire J ..hip hip hooray!

Hamilton’s only comment apparently was an appeal to the great architect in the sky. But he obviously wasn’t listening. Hugh Hamilton has been bailed until Friday July 4 for sentencing. The maximum sentence for this type of offence is fourteen years in the big house, the Can, Slammer, Klinkerhoffen, what ever you prefer to call it. LF doesn’t’ believe this good old boy will get anywhere near the sort of stretch he deserves, given his connection with the National Government, despite 14 dishonesty convictions. As John Key is probably quite prone to saying – “there but for the grace of God go I” 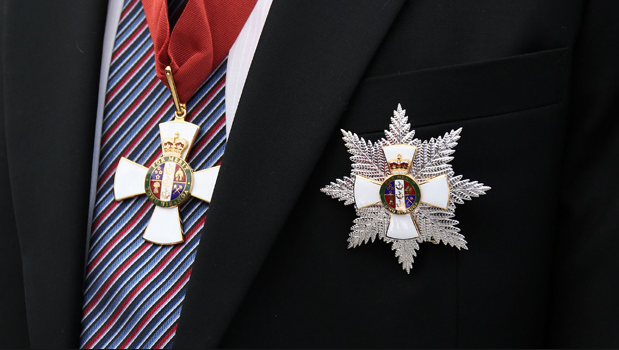 Seems to us that these little beauty’s aren’t worth the shit metal they’re stamped from. NZ order of Merit? Pigs arse…its become little more than the NZ National party’s exclusive lifetime membership award.

Hamilton’s co accused in this criminal scam Messrs Shane Buckley and Stephen Smith have been jailed so LF can safely assume Hamilton will actually get to spend time inside, as opposed to the comfort of the lounge, slippers and a top of the line La-Z-boy recliner.

The question now is reparation, are the Financial Markets Authority (FMA) or Serious Fraud Office (SFO) going to clean this thieving old cunt out, or is it going to be the standard divorce scenario to split and diminish his assets. What should be happening is they should also have been charged as a criminal gang, their assets seized under the proceeds of crime legislation and their missus’s and families thrown out on the street. That’s what happens to their victims who have lost their entire life savings.

The Belgrave Finance saga was another simple related party lending scam cooked up by Hamilton and his property developing scumbag mate Raymond Tasman Schofield. Belgrave directors Shane Buckley and Stephen Smith pleaded guilty in September 2011. Schofield was granted a stay of his prosecution because he had terminal cancer. Why? Hound him into the grave would have been the honest thing as far as LF can see. Plenty of the victims of this scam were elderly greedy grey National party supporters and these scoundrels had no sympathy for the losses they inflicted on their victims.

In any event the SFO and Financial Markets Authority will be popping the champagne bottles and toasting another successful prosecution.

“An early starter in information technology, DAC installed a legal computer system well ahead of most other law firms. The partners recognised that computerisation could help to grow their nominee company which continues to provide flexible solutions for borrowers and higher returns for investors” – DAC Legal Website

Meanwhile there was a less exuberant mood over at DAC legal, the law firm that still carries the stench of Hamilton’s prior association. Although, the firms website still boasts its alleged supremacy when it comes to financial matters; Perhaps not such a good idea, maybe better to wait until the dust settles around Hugh.

Apparently their “legal computer system” and “information technology” were ahead of the game back in the day, it also seems, however, that technology wasn’t the only thing that DAC legal were well “ahead of the game” with, at least when Hugh Hamilton was managing to drag his sorry arse into the office of a morning. 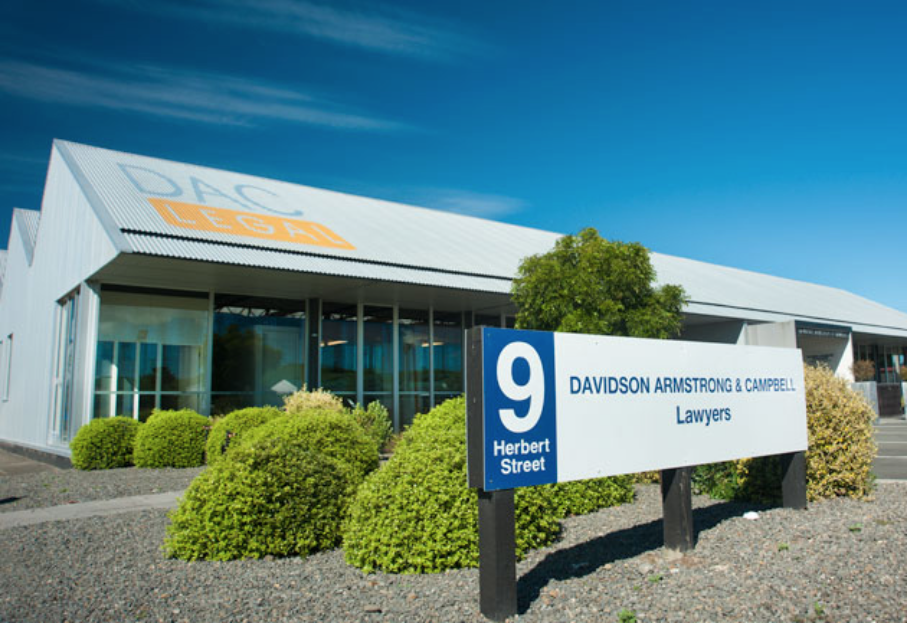 Things were a little quite today over at DAC Legal. LF suspects that they’ll all be thinking of poor old Hugh, raising a glass or two of Chateaux de Cardboard, at todays friday arvo piss-up.

If you are a client of this firm it’s time to move on people. No matter how long you have been associated with this firm, this case just proves that the shyster’s in the legal profession can’t keep their chubby, sticky, thieving fingers off your fucking savings. If you want to keep your cash get it out of their trust accounts and into a fucking bank. Don’t be a greedy fucking grey!