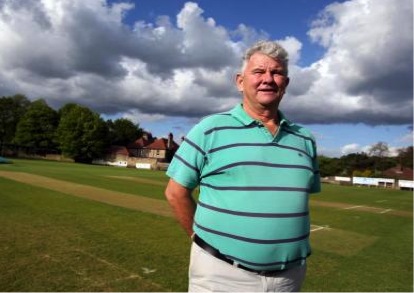 Cairns does not know when to “shut the fuck up” because, frankly, nobody believes a word the cheating bastard says.

When convicted and sentenced to prison his infamy will be worse than any cricket “star” before him, and that’s a big act to follow.

Vittori, McCullum, and Fleming have been Blackcap captains. Fleming can’t have been involved in cheating because he has to flog the fuck out of Fujitsu heat pumps to make ends meet. McCullum’s still playing, and came clean and has been attacked, and of course Vittori, well – he looks innocent.  But we might be wrong. 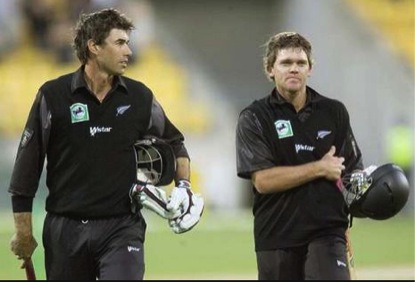 Stephen Fleming and Lou Vincent walk off triumphant, after setting a New Zealand record for the first wicket and inflicting Australia’s first 10-wicket defeat. At least Vincent has the balls to admit to his part in what has brought him nothing but misery.

Just imagine if Cairns had not sued Lalit Modi for defamation and had just let things lie. But the“cheating cunt” Cairns couldn’t let it go, as he thought he was bigger than the [then] head of the commercial arm of Indian Cricket, Lalit Modi.

Cairns and his lawyer Andrew Fitch-Holland clearly perjured themselves before Justice Bean in the Old Baily, and in doing so won a judgment that insured the outcome that is now inevitable – complete defeat in criminal proceedings, and the civil judgment quashed and replaced with a judgment finding that Cairns had not been defamed, had perjured himself, and will likely further record a staggering award of costs against Cairns and his friend Fitch-Holland. The previous award to Cairns will be reversed and interest added.

Cairns has brought the family name into incredible disrepute and LF wonders what his famous father Lance Cairns will be thinking.

The Colin Meads of New Zealand Cricket – Lance doesn’t deserve his son. No matter what sort of prison stretch Chris Cairns receives for cheating, his biggest crime has been against his fathers legend.

But whilst we are dealing with cheating – lets take a look back at a post we put up about golden girl Sarah Ulmer. Since we ran the story – not a peep of denial from Ulmer.

Our information on her cheating, and the cheating of many other New Zealand cyclists, came from a very reliable source, an Australian Gold Medal Winner at Sydney who knew who was doing what, where and when. The Australians were cheating too. 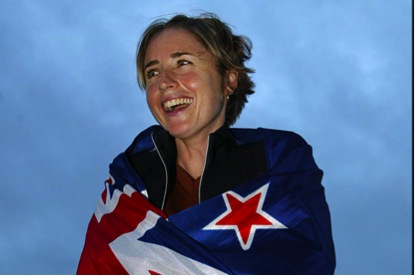 Golden Girl wrapped in cotton by the media – LF says it has evidence that she was an outrageous drug cheat and should be stripped of all of her medals – more on that at a later date.

Back to Cairns. Cairns performance in front of the media at the Airport was exactly that, a performance, and not a good one. Lies flowed effortlessly as did false accusations against presumably honest blokes.

He sounded like his best mate and fellow criminal Tony “bitch-basher” Veitch when Veitch initially denied he had clobbered his partner and then thrown her down a set of handy stairs.

We can hardly wait to Cairn’s collar is felt, and he is given a fill blown wedgie by the New Zealand media.

But the same emphatic denials come from all cheats until the evidence is overwhelming. Cairns reputation is soiled, and so will his pants when the cops cuff him. Chris Cairns has been a bad, bad, bad boy.