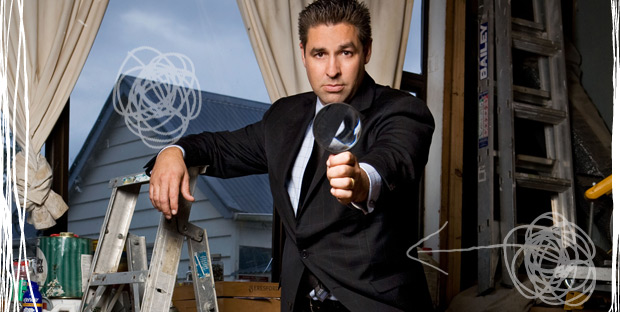 Charlatans or completely incompetent investigators? What do these four men have in common? From left; Matty Blomfield (not to be confused with Matthew John Blomfield), Daniel Toresen, David L Warkentine and Menilik Dyer.

A while back team LF received a little intel from one of our Kiwi police insiders. That invaluable information came in the form of documents evidencing that Matthew John Blomfield was up to his old tricks yet again, the false criminal complaint caper.

On this occasion however LF decided to sit on the info we’d received as it was not quite enough by itself and we expected more to surface at the hands of Blomfield himself, all evidence that would undoubtedly prove his systemic use of New Zealand police force and their resources for his own nefarious purposes. Just before we received that particular brown envelope however one of the team at LF had also noticed and red-flagged the fact that a Kiwi private investigator by the name of Daniel Toresen had joined the ranks of our twitter followers. At the time the team member thought to create a little online skirmish to let Toresen know that his arrival had not gone unnoticed. 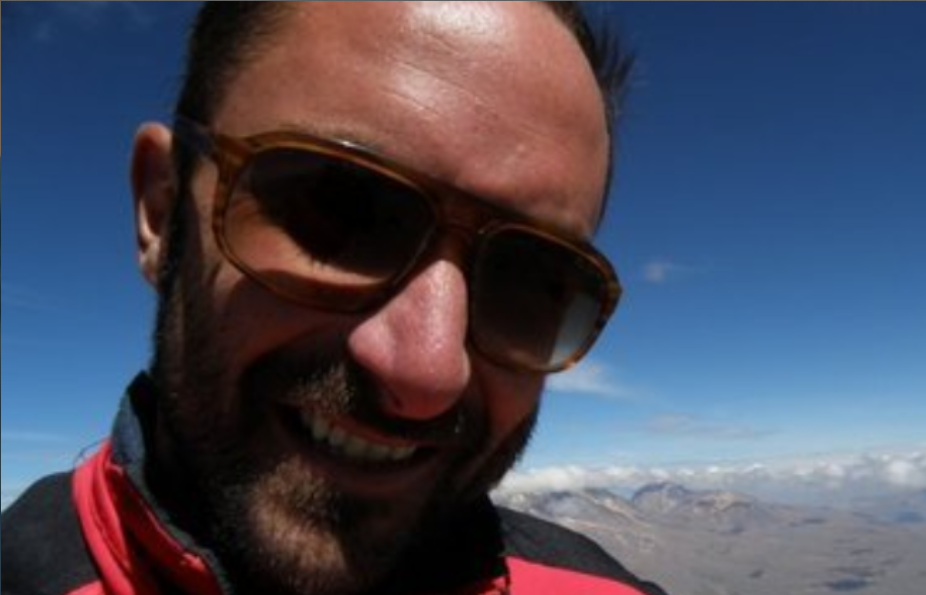 Bent Kiwi journo Bevan Hurley. Who paid Daniel Toresens invoice, Blomfield or APN’s New Zealand Herald? – or was it written off as a favour amongst fraudster mates?

Toresen was red-flagged primarily because he was a private investigator who had made a very bad habit of courting the mainstream media in New Zealand and LF deduced, rightly, given those close relationships, that there was a likely connection between Toresen and the New Zealand Herald, in particular the president of the Matthew Blomfield fan club, Kiwi journo Bevan Hurley, who also just happened to be following Toresen’s twitter feed along with a large number of his fellow Kiwi mainstream media whores. Of course there was also the fact that this parvenu, con-artist hori, had a history with Blomfield dating back to December 2008, Toresen and his colleagues having been accomplice’s in what LF suspects was a criminal fraud scam known as “Operation Kite”, a macchiavellian plot hatched by Blomfield to grab a local government issued cheque Blomfield had alleged was for $200’000.00 (more about that in future posts). 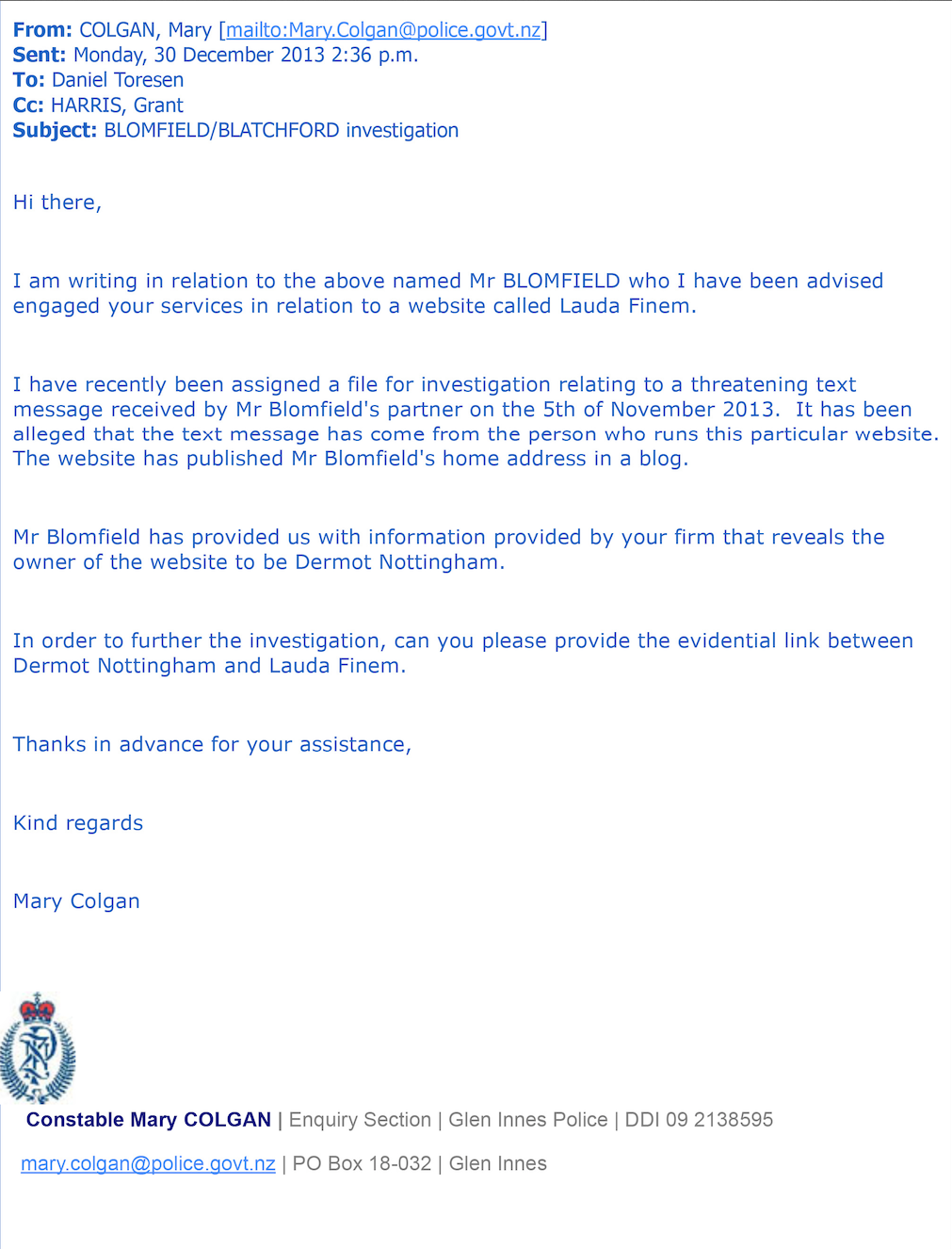 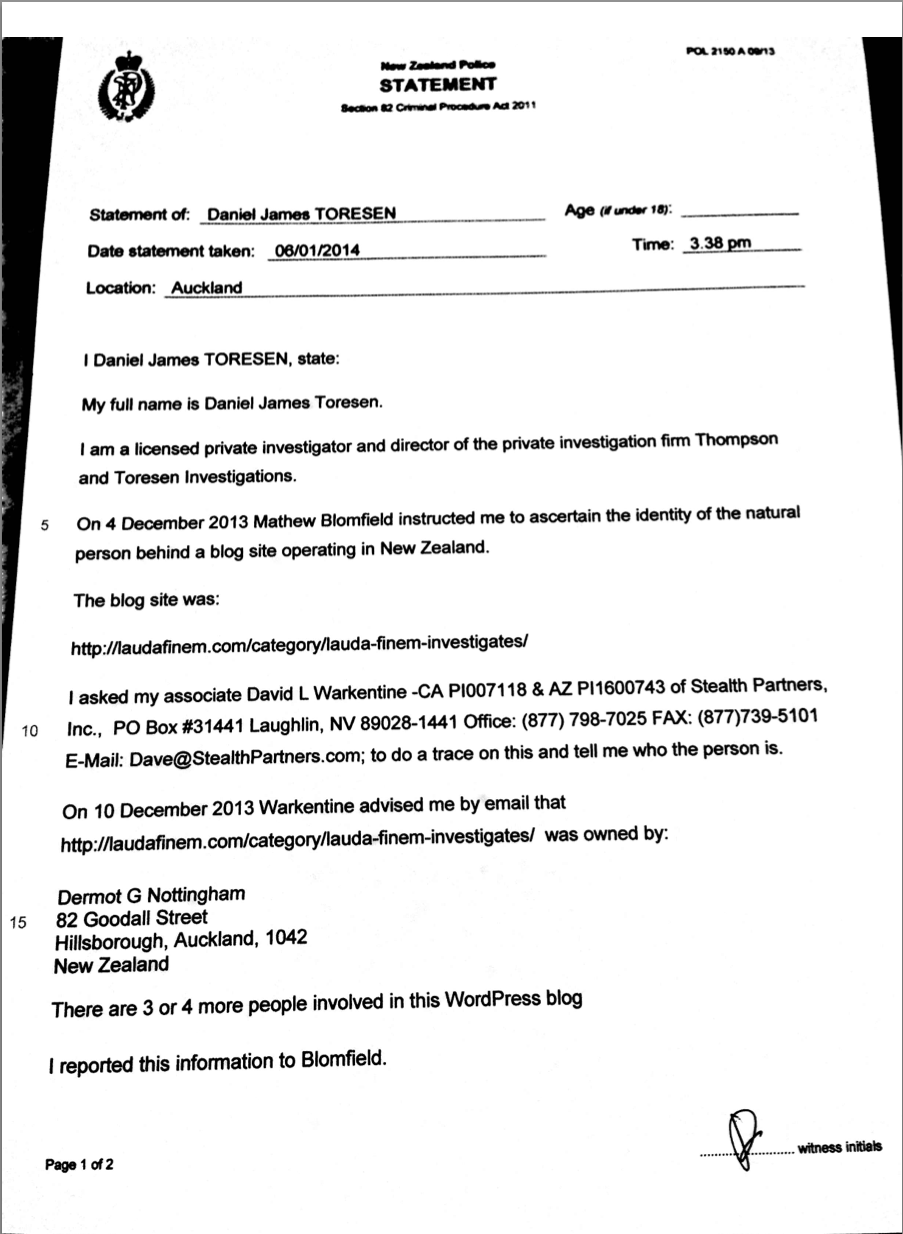 One of the documents that team LF had received in the aforementioned brown paper envelope was a copy of a New Zealand police statement (above) that had purportedly been filed with a police constable based in Auckland. That police statement falsely alleging that justice crusader Dermot Nottingham owned and operated this website (laudafinem.com) and further that the website was based in the New Zealand jurisdiction. More importantly however, Toresen had been the person who provided this false police statement in support of a false criminal allegation against Nottingham.

LF suspects that Daniel Toresen “PI” may well have overlooked the “police warning” that’s always included in standard issue police statement forms; the presence of which now means that Mr Toresen, aka Ace Ventura, has left himself wide open to being prosecuted for having knowingly made a false police statement in support of a false criminal complaint:

“I confirm the truth and accuracy of this statement. I make the statement with the knowledge that it is to be used in court proceedings. I am aware that it is an offence to make a statement that is known to me to be false or intended by me to mislead.” 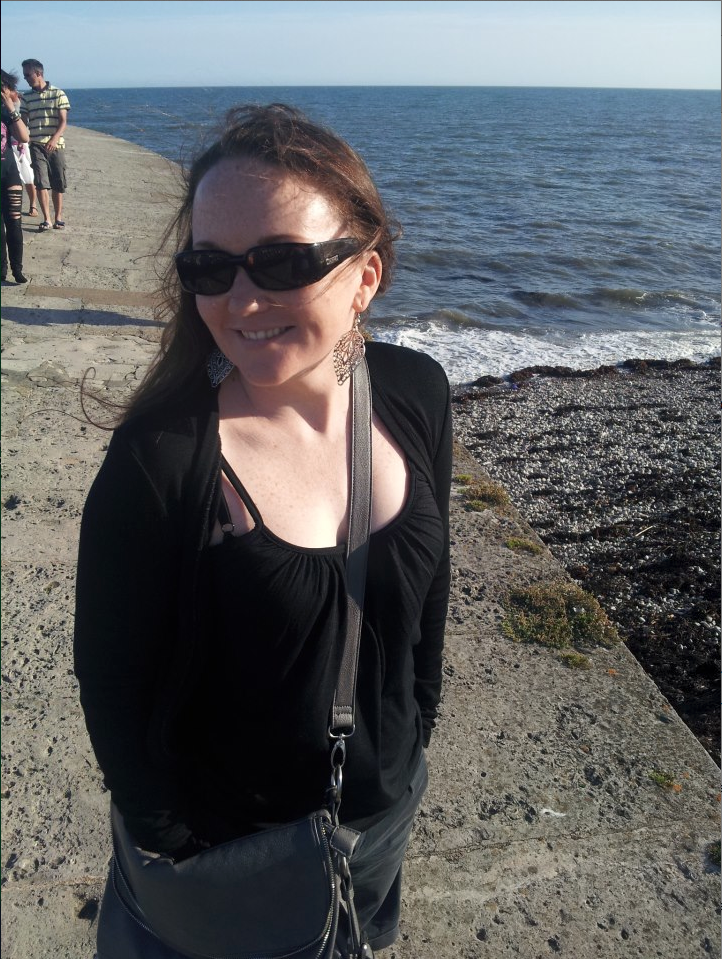 New Zealand Police constable Mary Colgan, the cop who was stupid enough to have bothered investigating yet another of Blomfields false complaints.

The complainant, purportedly Toresen’s “client”, had falsely alleged that Nottingham had, as the owner of LF, on or about the 5th November 2013, sent his wife an anonymous threatening text message….does the nature and style of this false accusation ring any bells yet?

So who was the complainant? Well LF won’t be handing out any gold stars to the reader who guessed right, especially given the fact that this type of allegation is well documented as being the “calling card” of one well-known fraudster in particular, that and the ad nauseum allegations of “gang affiliations”.

As no doubt regular readers will have already surmised the complainant was none other than serial fraudster and habitual police complainant Matthew John Blomfield. 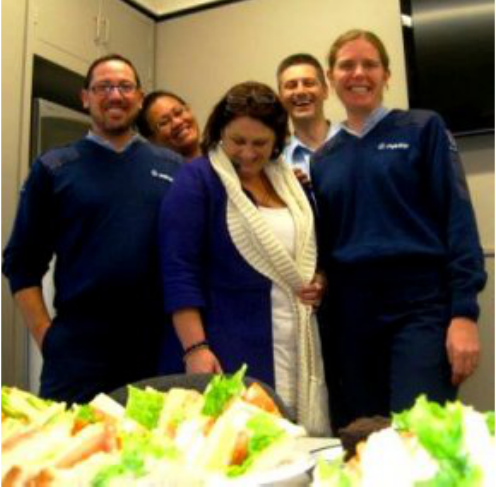 Just prior to Blomfield filing this false complaint LF had published a series of stories detailing his defrauding of hundreds of thousands of dollars from Kiwi farming couple Jean and Boris Yelcich. In fact Blomfield had managed to convince himself, like so many other Kiwi halfwits that Nottingham was LF, no doubt egged on by his mates at the New Zealand Herald, a myth that’s been promulgated by a number of Kiwi websites who have spent years attacking Nottingham and his many successful campaigns for justice.

The story does not stop there however. Whilst the police had established that Toresen’s account was little more than a load of crap the issue could come back to haunt both Blomfield and Toresen given that they were both a party to this latest criminal offending. As already stated LF had long formed the view that this false police statement would in-time again surface, we only had to be patient and wait for Blomfield to make a critical error in judgment. 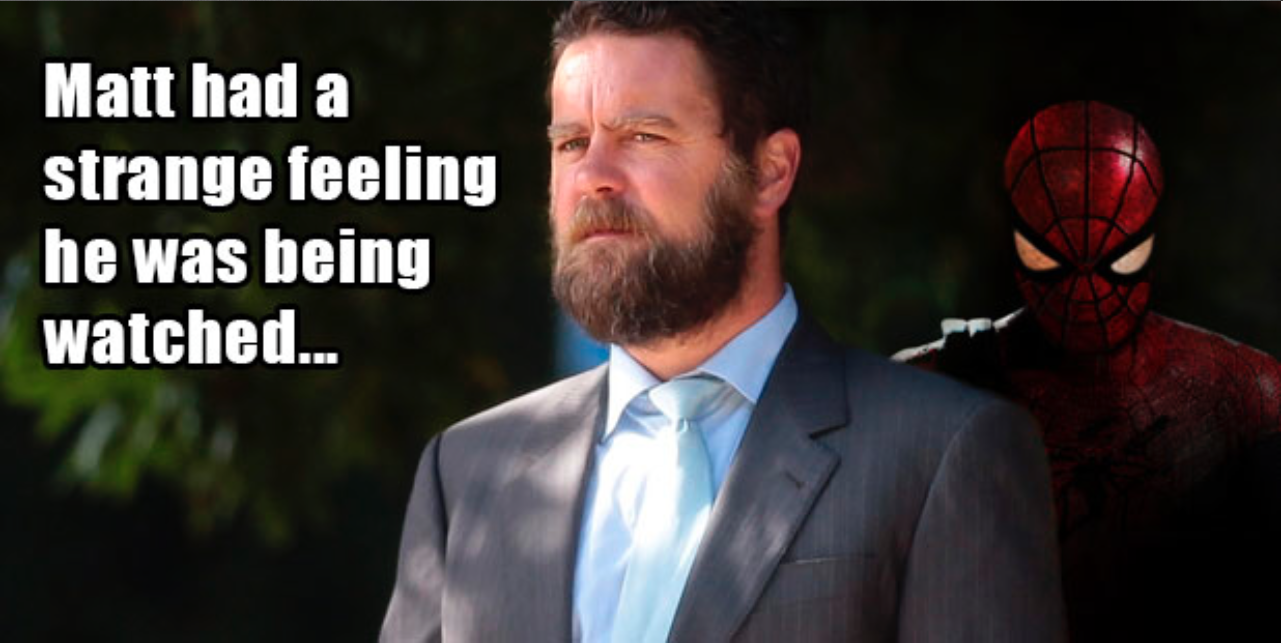 That moment arrived yesterday afternoon, although it was not Blomfield himself who made the fatal error, it was one of his “business” associates, Graham Hare, who foolishly emailed an additional series of threads, one of which contained Toresen’s police statement, to one of LF’s informants. The informant having been a witness in the Cameron Slater defamation case that Blomfield himself had also very recently attempted to suborn and intimidate with threats of retribution and yet another false police complaint, you guessed it more spurious allegations of gang associations and threats against his wife, given the polices stupidity to date LF suspected police skullduggery and so arranged to have that police interview covertly filmed. 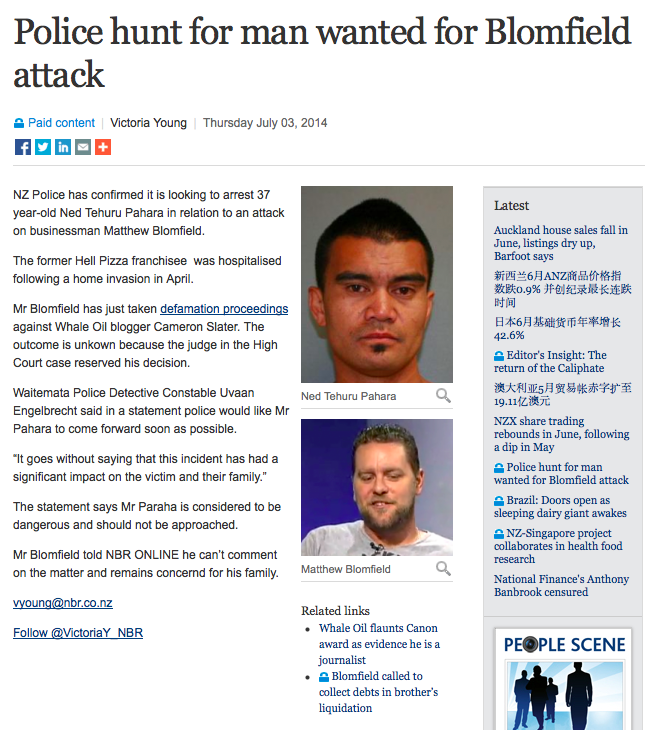 Slaters witness had long been an LF source, although we had kept that fact a highly guarded secret and as a result we were determined to expose Blomfield’s criminal tactics.

LF was also very much aware that Blomfield was not particularly worried about his past criminal offending despite the ongoing investigations, especially given that he thought that he had so far managed to fool the local Kiwi authorities, amongst them the Serious Fraud Office, the NZ Police and the office of the Official Assignee all of whom were ultimately statutorily responsible for insuring the public’s safety.

With that in mind and knowing that he would not have changed his spots LF then went in search of offending that was more contemporary, in the here and now so to speak, criminal offences that Blomfield may have committed recently. As suspected we uncovered a number of examples, one of which stood out simply because of the closely associated parties involved.

So began “Operation Haresay” an LF investigation that sought to unravel the facts at the heart of a conspiracy to defraud, extort and intimidate. Having successfully accomplished that mission it was only when LF started to publish the precursor posts to an in-depth account of this alleged offending that Matthew John Blomfield and the cabal panicked and in a state of heightened paranoia jointly made their first critical mistake, a mistake that they will no doubt soon realise is about to bring the entire house of cards tumbling down around their fucking ears. 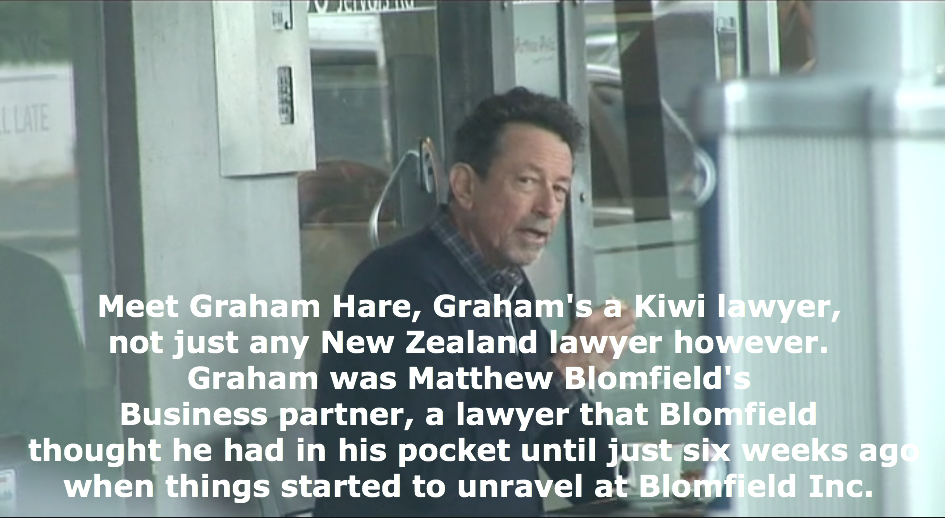 This “cabals” serious error in judgment has also provided evidence of the inculpation of yet another person of interest that LF has been investigating, real estate agent and cyber fraudster Martin Russell Honey, his lawyer and the Barrister representing his wife in a further criminal conspiracy to defeat justice and mislead New Zealand’s courts. Obviously LF have forwarned all parties who have likely been affected by the latest revelations of Blomfield’s activities, no doubt they will all now be making their own inquiries and reporting back to us at some point.

In addition to the documents and emails that are now safely in LF’s possession we also hold many hours of digitally recorded conversations and video footage, all of which evidence the criminal offending that Team LF will in the fullness of time expose for our readers to enjoy………….to be continued, so be sure to keep watching this space.

Readers can also check out this complete fuckwit, Daniel Toresen Pet Detective (who appears to be a complete and utter bullshit artist) and how he promotes his incompetent private investigation business online in the videos below. Just how was it that one of Danny’s so-called “peace of mind” investigations turned into a wholesale fucking nightmare? It would appear that Blomfield may have slipped in his own crap: