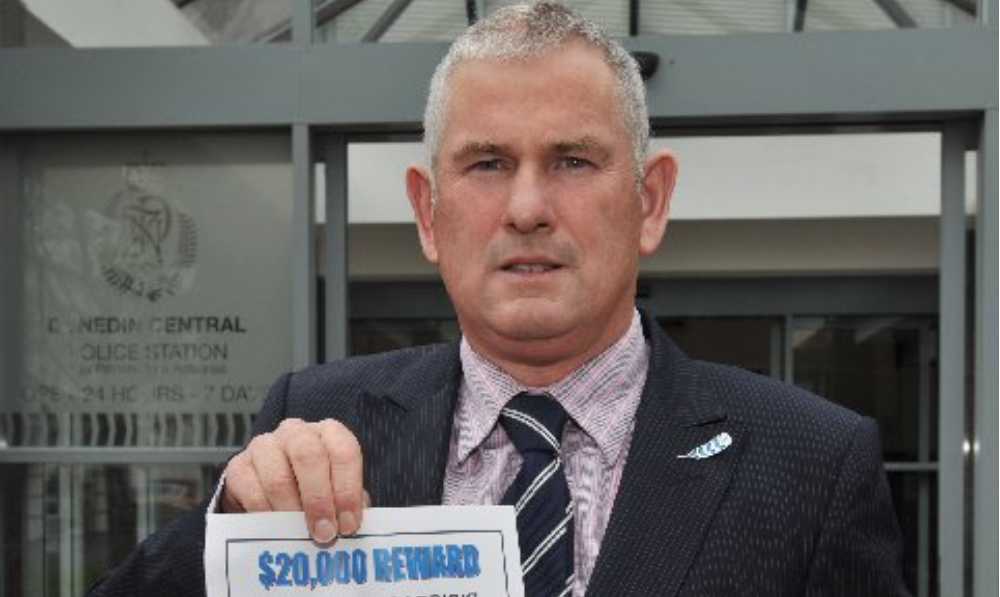 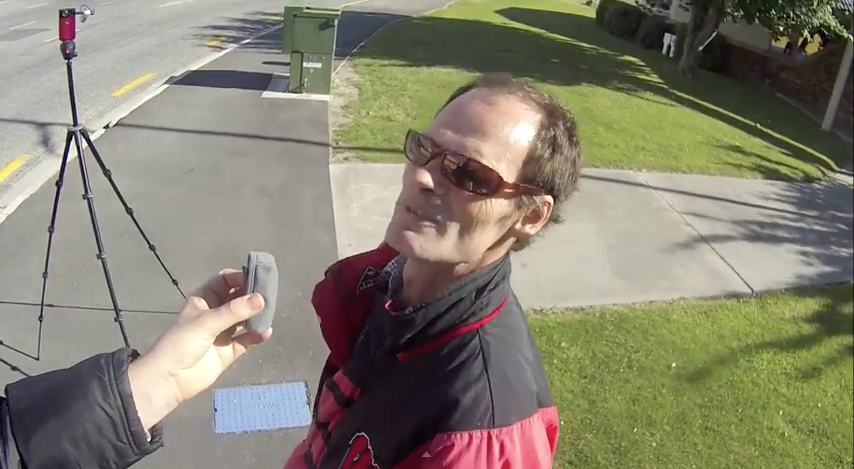 It would seem that the Central Otago cops have been at it again. Team LF have been advised that Clyde resident Chris Wardill has again been arrested by the plods, this time for posting a comment here on laudafinem.com.

The Otago Daily Time’s wrote a piece last Tuesday which does not name Wardill, nor or anyone else for that matter, so we have inserted the names where known: 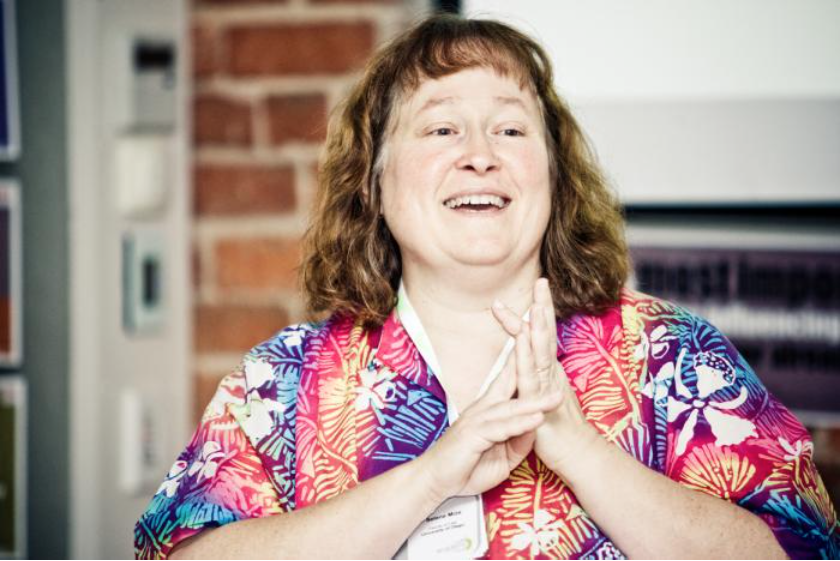 Happy Happy Joy Joy – the obviously irrepressible Otago University professsor of law, Selene Mize – Clearly Timothy Brown feed Ms Mize all the wrong questions, perhaps even gave her false information, who knows, it could have come from the Otago police, but she doesn’t seem to be particularly au fait with what has actually transpired.

The difficulty of maintaining name suppression in high-profile instances in the digital era was demonstrated in the case of a former Otago police officer, Associate Professor Selene Mize said yesterday.

A 45-year-old Clyde man [Christopher Wardill] was charged in December with breaching the name suppression order of the officer [senior constable John Clarke], who used his police-issue iPhone to film a teenager showering. The Clyde man was granted bail.

The man was arrested again yesterday after he allegedly breached his bail conditions by allegedly posting the suppressed name online again earlier this month.

He appeared in front of a JP yesterday and was again granted bail. The man will reappear in the Alexandra District Court on January 19, police say.

University of Otago Professor of Law Mize, when approached for comment, said if there was enough motivation to breach orders, people would do it.

”A lot of people feel there’s a breach of trust when a policeman is involved and the sexual nature of the offending heightens people’s emotion about the seediness of the offending.”

Those factors did not make the breach of suppression acceptable, but often made it inevitable, Prof Mize said.

Police declined to comment about the Clyde’s man alleged offending as the matter is before the court.

However, the Otago Daily Times understands the charges relate to posts made on Facebook and information supplied to an international website [laudafinem.com].

In posts on the [Lauda Finem] website, serious allegations are levelled at several past and present Central Otago and Otago police staff.

Acting Otago rural area commander Inspector Olaf Jensen said police would not comment about the material posted on the website or elsewhere. The material has been circulated widely on social media and drew praise from some of those sharing it.

When asked if further breaches of the former officer’s name suppression were being investigated, Insp Jensen said: ”There are some ongoing inquiries in relation to these matters which means we aren’t able to comment further”.

According to posts on the Clyde man’s [Chris Wardell’s] Facebook page he remained defiant about his offending, saying: ”I make no apologies to vile perverted scumbags for identifying them”.

”It gives me great pleasure to expose the predatory scum who are fraudulently disguising themselves as the law,” the man [Chris Wardill], who does not have name suppression, said.

The Otago Daily Times decided not to identify the man [Chris Wardell] as it could lead to the identification of the former police officer [John Clarke].

The former constable [John Clarke] will be sentenced on January 21 on one charge of intentionally making an intimate visual recording. An order for interim name suppression remains in force until then, when arguments will be heard about final name suppression.

Prof Mize said the case demonstrated the difficulty of maintaining name suppression in high-profile cases in the digital era.

Those who shared or ”liked” the information on social media ran the risk of breaching suppression themselves, she said.

”There’s no defence that the information was already in the public domain. To breach a suppression order, you don’t necessarily have to say all the information, you just have to post identifying details.”

Sensible Sentencing Trust founder Garth McVicar said the case showed why there was no room for suppression nowadays.

”Name suppression in the digital era really is a waste of time and the courts are very lackadaisical in keeping up,” he said.

While he did not agree with ”vigilantism”, he understood why some people breached suppression orders.

The only solution to the issue was law reform, he said.

Prof Mize said there was still room for name suppression to be granted in some cases and the discretion for judges to use it should remain.

”Sometimes, people leap in and act without seeing the bigger picture and this could hurt the victim or cause the offender to commit suicide.”

However, the law on name suppression needed to be reviewed and amended to cope with the modern era, she said.

”Those changes tightened the rules around granting name suppression orders,” she said.

The number of orders had dropped. However, decisions on suppression continued to lie with judges, who took into account the law and individual case circumstances.

The penalty for breaching suppression was also increased – up to six months’ jail – and this was intended as a response and deterrent to electronic breaches of suppression orders, Ms Adams said.

”If there is a view that the order isn’t right, there are legal avenues to challenge the order but it’s not for people to decide what laws they do or don’t follow.”

Of course Acting Otago rural area commander Inspector Olaf Jensen would not want to comment on “the material posted on the website or elsewhere” because if he did then he would be needing to provide plausible explanations for the real problem – POLICE CORRUPTION!

LF finds it astounding that the Otago Daily Time’s Journalist did not contact Chris Wardill so that he had an opportunity to put his side of the story. Mr Wardill would no doubt have told Timothy Brown all about the jail-house beating that he received at the hands of Senior Sergeant Dave Greaves, who has now apparently fled to the United Kingdom, and another cop that police at the time refused to name. Mr Wardill would no doubt have shown Timothy Brown the photographic evidence of that assault: 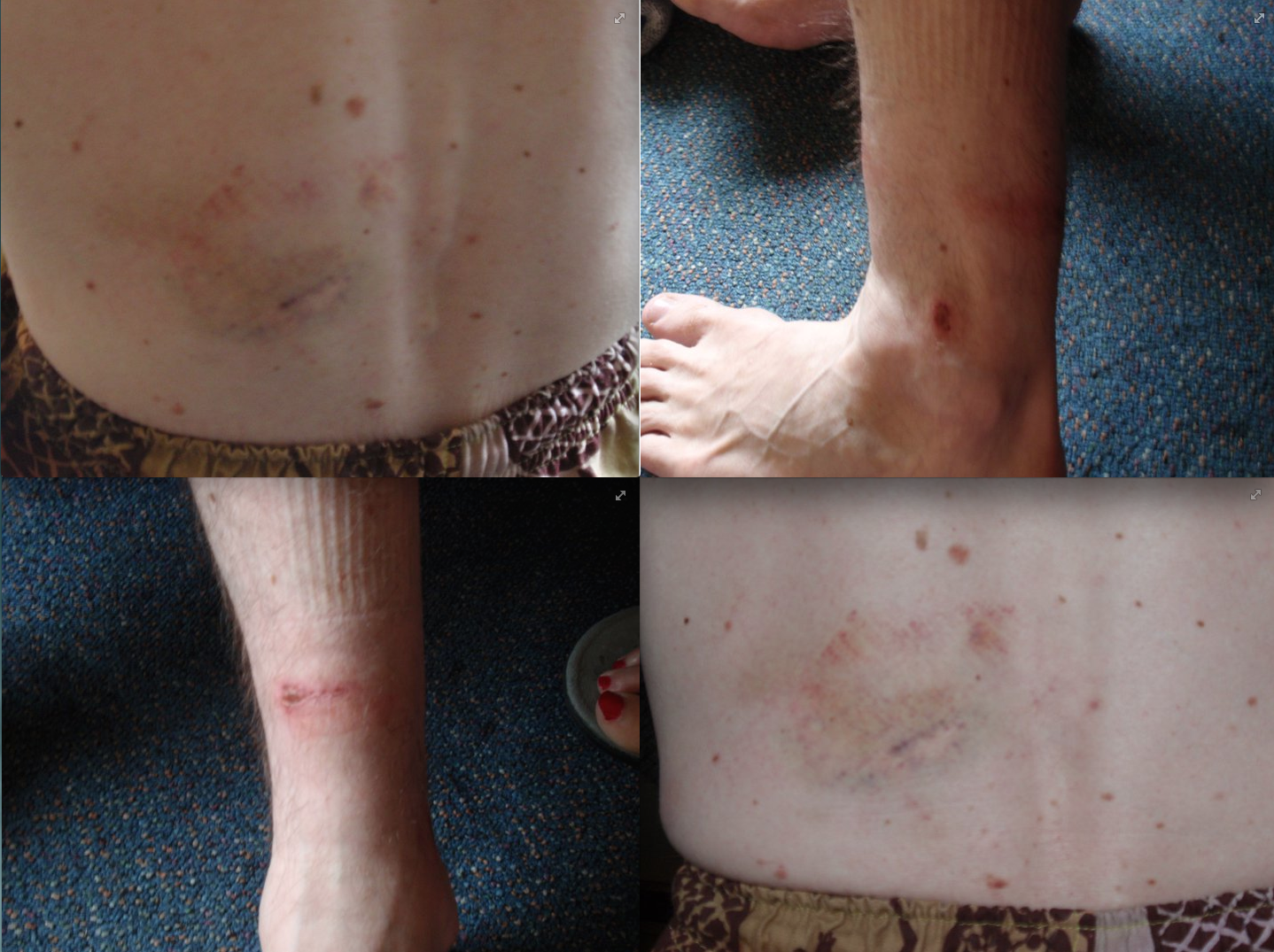 Click to enlarge – Injuries sustained by Chris Wardill during an assault committed by a cop whilst in police custody.

Chris Wardill may well have told Timothy Brown all about his latest arrest by Central Otago police officers Detective Sergeant Derek Shaw and Rowan (Sam) Williams, two cops who obviously enjoy being smart arses, apparently considering themselves untouchable, and refusing to provide information and assistance when required. Constable William’s however did wonder whether his name would be appearing on Lauda Finem, of course that was a stupid question, we never like to disappoint. 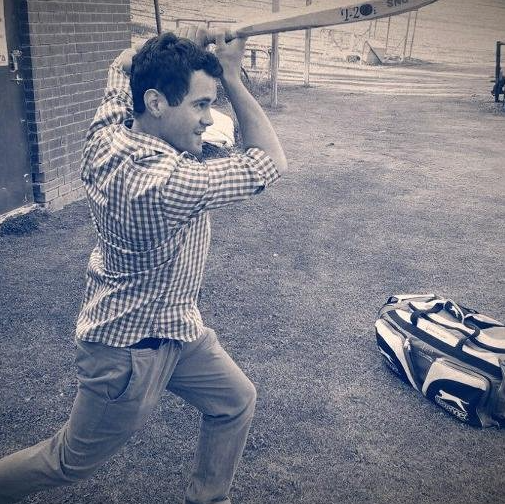 Both cops asked Wardill a lot of questions about Lauda Finem, who created it and where it had originated, they then advised Wardill that they had seized many more computers and would be going through them all in due course……Strange we’ve heard nothing about that. In fact team LF have never ever heard so much as a peep from the New Zealand police, oh except for the time when we found out that the had lied to our WordPress service providers, but that does not really count because the New Zealand police tried to keep that little extraterritorial scam a secret.

It seems to us that police are bullshitting the public yet again, that Christopher Wardill has been targeted by police in the past and that this is yet another of those occasions where police have been able to select a soft target for their seriously flawed attempt at trying to make an example of someone……although this time it does seem to have backfired, perhaps New Zealander’s really have had a gutfull of their thoroughly bent police force. 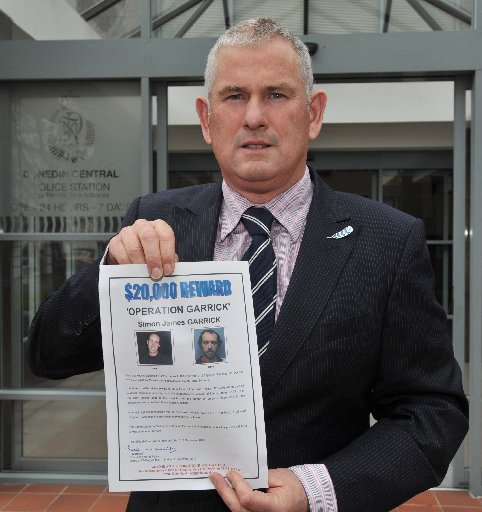 Despite making an application and undoubtedly qualifying Chris Wardill has strangely been declined legal aid. The police have also refused to give Wardill a copy of his recorded police interview, their excuse being that if they did it would end up online….well they were probably not wrong in that assessment, however the fact is, whilst we would not advise speaking to police, Wardill is entitled a copy of any formal  statement he has made, or any transcript or audio recording of an interview, and he is also entitled to do as he pleases with it.

The Justice of the Peace (JP) hearing Wardill’s second arraignment allegedly threatened to imprison him if he so much as looked at Facebook or spoke to anyone, from Lauda Finem in particular, about the case. Advice that Chris has taken on board given that the JP concerned is obviously a local with some pretty serious connections to the bent cops. Of course the police then also refused to identify the JP concerned. 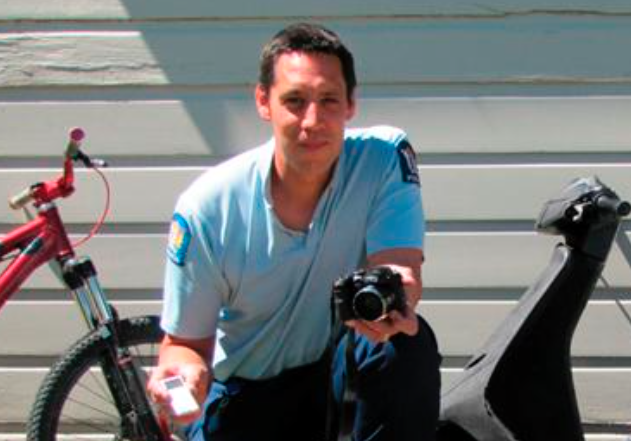 Constable Rowan (Sam) Williams – Why was Sam so worried? Does he know whats really going on?

Wardill however has not spoken with LF personally, one of his supporters has. We should also point out that Wardill was not the person responsible for providing LF with senior constable John Clarke’s identity in the first place, we have our own network of sources who were able to provide a name, once we asked the question.

As for the rest of the Otago Daily Times article we’ll be publishing an analysis over the coming weekend, suffice to say, this is not so much about name suppression. It is about the police’s very clever use of the name suppression laws, as a tool, to bury police corruption and serious criminal offending for their police colleagues and political “Friend’s”. 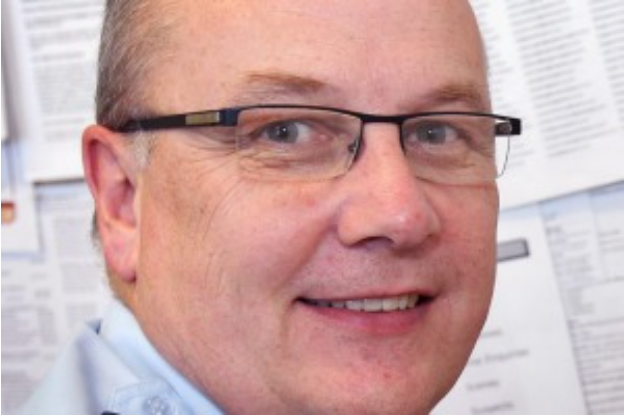 Otago rural area commander Inspector Olaf Jensen, fresh from Southland where they like to conceal police corruption by doing the investigating themselves.

In the meantime readers could always email the ODT journalist responsible at timothy.brown@odt.co.nz and let him know how everyone feels about police corruption. Or if you just happen to live in the Central Otago area, and have a little time to spare, why not turn up at court this coming Monday, the 19th January, and support Chris Wardill.