“Known to Police” What exactly does that mean in New Zealand?

Last week LF brought readers one of those unique Kiwi police story’s involving the use of pepper spray on a motorist who seemingly must have done something more than get up the cops nose’s to have attracted such vicious police reaction.

But of course the police might just have been spinning another of their yarns around the pepper spraying of ten-year old Amy. It was all a terrible accident they said. It would not have happened if Amy’s father had not been so “Violent”, having “resisted arrest” they said. But interestingly what they also said was that Amy’s dad was “Known to police”. 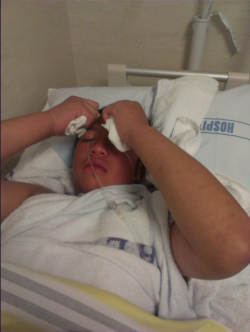 Kira’s 10 year old daughter was hospitalised after, sadly, receiving a lesson in the New Zealand police’s abuse and use of brutality

Now anywhere else in the world the term “known to police” would undoubtedly be given to mean that Amy’s father was in fact a “known criminal” who had caused problems, or that police had in fact perhaps been “looking for the individual as a result of their inquiry’s”. Not in New Zealand however.

Sure the inference is certainly there, that’s what the police spin-doctors had in fact intended readers believe when they advised the MSM journo’s via a press release. But the reality is that the police were very likely not telling the truth at all.

When we read the term “Known to police” it sent up a red flag, it’s pure police hyperbole, a rhetorical device the Kiwi police use often when attempting to colour one of their victims in a negative light.

You see Amy’s father was and is certainly known to the local police. But it’s not because he has actually broken any laws. No, it’s actually because Amy’s father has made a habit of taking on the local authorities in recent weeks, police included, for some reason or another. What’s more his actions appears to have been warranted.

Whether it’s the local court registrar or the recent spate of police roadblocks that have been used to target drivers in what appears to have been racially motivated and targeted random stopping of vehicles, in particular the vehicle owned by Jack Kira.

When we first heard the police explanation for what had transpired none of their claims sounded quite right. Something smelt very odd. From Mr Kira’s daughter Amy being “accidentally” hit with pepper spray to the vehicles window being smashed when the officer had pulled out his arm out, after being trapped in the window whilst attempting to grab the vehicles keys, it all sounded rather implausible.

There is of course a reason for it all sounding pretty far-fetched, it’s because it was far-fetched.

The account provided to the media by police media seems to have been a figment of a police’s spin doctors imagination, or perhaps it was all the supervising sergeant’s idea whilst he or she was deciding on how they were going to conceal the police’s bad behaviour.

Now strangely enough the latest in a long line of bent New Zealand police commissioners has actually not long apologized to the local Maori population of this same region for having set up illegal road blocks a few years back whilst they were also illegally conducting search and seizures, looking for an imaginary terrorist group that one of them had dreamed up.

Given that the apology was so recent you would have thought that the police might just have demonstrated a little more sensitivity, but it would appear not, they were straight back into their standard operational bullshit.

The truth is that Jack “Blu” Kira, if the material available online is accurate, has over the past month or more had a few run ins with the local cops and has managed to get a Bee in his bonnet about the police abuse he and other Maori have suffered recently at the hands of police.

At least it would seem, at least to us, that this may well have been a very good reason why Mr Kira, in this case, has decided to start filming his interactions with the local thick blue line. 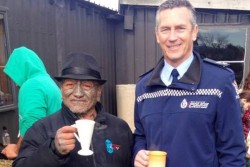 New Zealand Police Commissioner Mike Bush had only just apologised to the locals for exactly this type of police abuse and corruption.

Given the available evidence it’s certainly not something that Kira thought about after that fact either. It seems that Mr Kira has been filming police at random traffic stops for some weeks.

Perhaps this is what police were referring to when they said that Kira “was known to police”. The fact is that that much was true, Mr Kira was indeed known to the local police force who pepper sprayed his ten-year old daughter, but not because he had broken any laws, nor because he had likely resisted arrest. 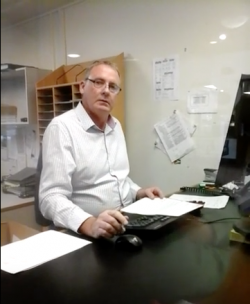 This anonymous New Zealand Courts official did not like being filmed whilst doing business with Jack Kira in July/August this year, so he called security and then conspired with police to have Kira thrown out or arrested on trumped-up trespass charges.

From what we can see all Kira has in fact done, wisely or not, is seemingly challenge the police officers on the legality of their so-called roadblocks, random stops and other arrogant behaviour.

Kira has also by all accounts asked these same police officers, those stopping him and manning road blocks to identify themselves on numerous occasions, requests which in all but one case have either been laughed at, ignored or simply not acknowledged, one officer even threatening to arrest him on one of these earlier occasions. All of this was of course, as aforesaid, recorded by Kira using his smart phone and then uploaded to YouTube in August this year, a month before Kira’s recent so-called arrest and pepper spraying for what police are now alleging, LF believes very likely falsely, was resisting arrest and attempting to drive off. 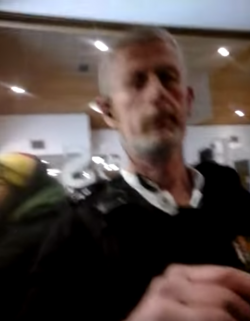 This New Zealand Courts security guard did not like being filmed either so he turned, lashed out in an attempt to grab the camera

There are other available videos, again demonstrating the police abusing their powers with threats of arrest in attempting to prevent Jack Kira and his associate filming Kira’s complaint and interaction with a local Court clerk or registrar. The footage below is not particularly interesting beyond the fact that it evidences Kira’s good behaviour, which despite no doubt being annoying, is anything other than the behaviour described by local area commander Andy McGregor last week.

Now given that Kira does have a habit of filming his interactions with police it would indeed be unfortunate for police if Kira claims that he had also filmed last weeks episode, but that the footage had somehow disappeared from his mobile phone following his arrest. Lets hope for the police’s sake that is not the case! 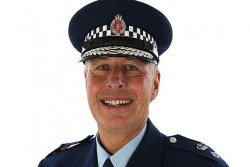 Bay of Plenty District Commander Superintendent Andy McGregor, have his troops been lying to him, or has Andy been lying for his troops?

Now we have absolutely no doubt that District Commander Superintendent Andy McGregor would have been made fully aware of this prior history before contacting the mainstream media with what seems to us to have been accounts that are a serious departure from Kira’s normal demeanour, a spun version of events perhaps, a version that also failed to mention exactly what it was exactly that McGregor meant by “known to police”.

Whether you agree with Jack Kira’s actions or not is irrelevant, Whether he should have stood his ground when others would have walked away, whether you believe he was an idiot or not, Kira has clearly not broken any laws. Kira also had a right to expect to be treated with respect as a citizen and to have his requests for the officers concerned to identify themselves and any laws they are relying on.

In short, Kira seems polite enough in his dealings with the police, quite within his rights to make the requests he did and more than entitled to film these interactions with police and the court clerk for evidential purposes.

They are interactions that definitely evidence a degree of arrogance and contempt by the court officials and police officers present, who then threatened arrest and manhandled at least one of the men without any real cause beyond what seems to us to have been a trumped-up bullshit allegation of trespass, arranged between one cop (below) and a court clerk, all of which was captured on Kira’s smartphone. 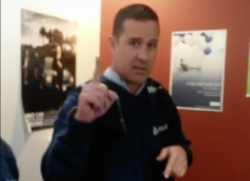 An anonymous police officer threatens Kira and his associate with arrest….but why? What had the pair actually done? Certainly nothing illegal as far as we could see….perhaps the kiwi police think that they can go around manufacturing trespass allegations without good reason?

In fact one officer in particular during one of the filmed police vehicle stops actually demonstrates what can be achieved by being reasonable, courteous and treating Kira with respect by answering his questions and should be commended for his demeanour and attempt to defuse what had already transpired.

This seemingly systemic police arrogance is further supported by the witness, Raupiki Roger, in the latest incident. Ms Rogers was also allegedly treated like dirt, threatened with arrest and has now come forward with her own set of complaints against the officers involved;

“At the end of the day it was the way we were treated. My son was wearing his seatbelt but they weren’t willing to hear us. They just kept saying ‘be quiet or we’ll lock you up’ and I was worried for my son.” – Raupiki Rogers

The fact is that if people don’t record their interactions with New Zealand’s police officers then they are taking a huge risk, especially in the event that things do suddenly turn nasty, as was clearly the case with Ms Roger’s outrageous treatment at the hands of these unidentified police goons, some of it also very wisely recorded.

The same cop was evidently annoyed at being filmed….but that in itself is not against the law. In fact it comes highly recommended when dealing with bent Kiwi cops and unfortunately they are not labelled.

Team LF suspect that the colour of the victims skin in this case has a lot to do with the New Zealand police’s attitude and more particularly the police belief that they could and would get away with the intimidating behaviour. As Ms Ruapiki Roger said herself;

“It’s just that a lot of Maori people at the end of the day just don’t know what to do. They’re just scared straight away, so they decide for their family’s safety, do they just let it go. And they don’t know where to go for help.” – Ruapiki Roger