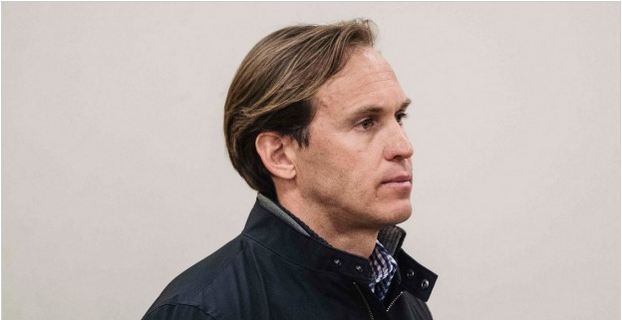 Simon Lawrence Wood Turnbull (image above) fled New Zealand almost a decade ago after he and his accomplice Malcolm Duncan Ingerman Mayer were first discovered to have rorted a number of finance companies, in particular mortgage lender Trustee Executors Limited, headed up by ex New Zealand Prime Minister Jim Bulger (aka Spud), which took the brunt of the loses.

Of course LF had hoped to bring you this article on the 27th of October, but were prevented from doing so by the actions of another of New Zealand’s serial swindlers, Matthew John Blomfield. 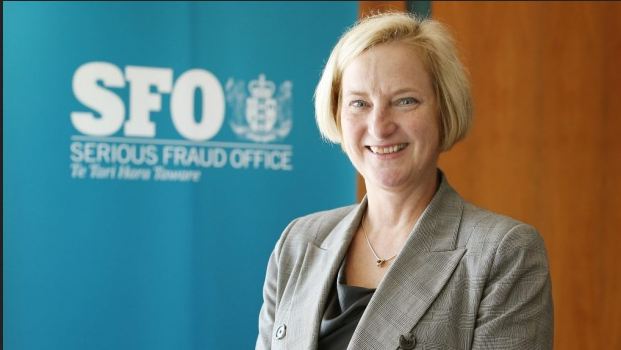 New Zealand SFO Director Julie Read, an Australian and a woman who wasn’t even around when the Mayer/Turnbull case was handed to her subordinates on a plate.

Head of New Zealand’s Serious Fraud Office, Australian, Julie Read issued a statement which was picked up and parroted by most New Zealand’s mainstream media;

“Mortgage fraud is taken seriously by the SFO. In a housing market which has enough challenges for the honest buyer, further costs to borrowing because of other people’s dishonesty is not acceptable. The SFO welcomes the guilty plea today,” – Julie Read

Of course the SFO had very little to do with catching Mayer and Turnbull red handed. The case was in fact served-up to the SFO on a silver platter, complete with garnish. All of the damning evidence that ultimately convicted Mayer and caused Turnbull to eventually arrested this rear when trying to reenter the country this year after being on the run was in fact obtained by a group of justice campaigners – of course Kiwi’s can be forgiven for not knowing that, because as always the country’s MSM, in particular the New Zealand Herald, fail to tell the whole truth, as is their very nasty habit.

The Mayer/Turnbull case has it’s origins back in 2006/2007 and was actually first reported on by Fairfax investigative reporter Tony Wall, for the Sunday Star Times, in 2009;

The $50m swindler: I confess

Malcolm Mayer, a New Zealand representative bridge player, sips on a cup of instant coffee and admits to his part in a $50 million loans scam.

In an extraordinary interview with the Sunday Star-Times yesterday, the 53-year-old property developer casually described how he helped arrange a scheme whereby relatives and associates, including immigrants with virtually no money to their names, were used to secure up to $50m in loans from fund management company Trustees Executors Ltd (TEL). At least $33m of the loans, funded by the Tower insurance mortgage fund which TEL administered, have defaulted.

Mayer is being pursued by the Serious Fraud Office and has come clean publicly to save his family from further distress; he says his sister-in-law has already been “interrogated” by the SFO. “I don’t want them to compromise themselves in order to protect me; they are honourable people,” he said. “They just got caught up in my passion.”

Mayer says that tomorrow or on Tuesday he plans to visit the SFO, which was called in by TEL, and admit to everything. He describes his actions as “crimes of omission” and that he did not realise at the time that it was anything “significant”. He believes everything would have been fine, were it not for the world financial crisis. “No one envisaged an economic World War III.”

Mayer acknowledges that he will probably face criminal charges, but insists he is an honest man.

Mayer’s main goal is to sell his remaining properties and use any leftover funds to benefit the more than 5000 “mum and dad” investors who were left in limbo when TEL froze the $242m Tower Mortgage-Plus fund last year. “I never meant to hurt anybody,” he said.

For several years from 2000, Mayer says he was TEL’s “golden boy”. Its chairman is former prime minister Jim Bolger and it is New Zealand’s oldest trustee company, having acted as corporate trustee for a number of failed finance companies, as well as KiwiSaver schemes.

“They probably wouldn’t admit it now, but it was pretty clear I had a very warm and close relationship with them. I was their person in Auckland. If they wanted an opinion on properties, I would go out and give them an opinion for no consultation fee.” Mayer estimated he did about $20m worth of business with them, before “things turned pear-shaped”.

Mayer then began doing property deals involving architect-developer Simon Turnbull. The Star-Times revealed earlier this year how Turnbull used the names of his elderly parents and his wife’s family, including her penniless 73-year-old Portuguese mother, Maria de Magalhaes, to secure loans from TEL which subsequently defaulted. Mayer says he too was involved in the majority of those loans.

Mayer said multimillion-dollar loans were also given to three of Magalhaes’s grandchildren, one just 19 years old.

Most of those loans have defaulted and TEL has bankrupted several Magalhaes family members.

Turnbull, who lived the high life, including buying “his and hers” Aston Martin cars, has left the country.

“No one knows where he is,” Mayer said. “At one point he was trying to do business between Hong Kong and Siberia.”

Mayer secured another $14m-$18m in loans from TEL for his own “basket” of properties. TEL had a policy of lending no more than $4m to one entity, and because of that and for tax reasons, Mayer set up family members and employees, including his Filipino ex-wife’s two sisters and two Chinese immigrants, as trustees of properties of which he was the beneficial owner.

He then set up deals where properties would be sold to Turnbull entities, using TEL funds. TEL thought they were cash deals but what it did not know was that Mayer and Turnbull had made arrangements for delayed payments, which meant that, in effect, TEL was putting up most of the money.

Likewise, Tony Wall was handed the above story on a plate, during a fully catered interview with Mayer, where the fraudster confessed to his extensive criminal offending. 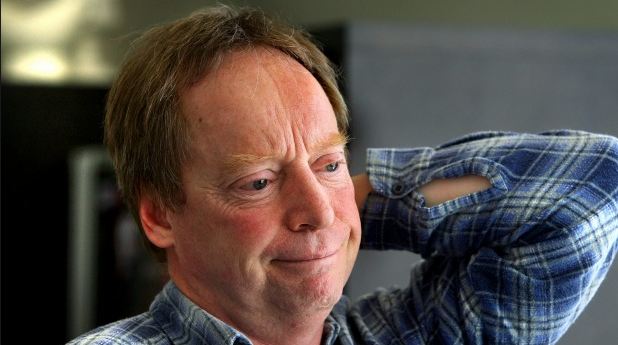 Team LF know a great deal about this fraud, all the ins and outs, the dirty little twists and turns, the reprisals for having been caught red handed and the attempts to discredit those responsible for investigating the frauds and handing their complete file to the SFO

Of course there was also the issue of a greedy finance company, risking investor funds and the New Zealand government and the systemic failure of its law enforcement agencies to see what was in plain view, as obvious as the balls on a short haired dog – serial mortgage swindles.

This problem is not limited to Mayer and Turnbull. It’s widespread and continues to this day, property deals and large scale mortgage rorts that have and continue to place New Zealand’s banking and finance sector at great risk.

As such, the Turnbull/Mayer case is not at all dissimilar to the Matthew Blomfield swindle’s team LF have also reported on, in detail, over the past four years.

Last weeks hearing almost brings to an end almost a decade of investigation and unrelated spurious court actions, designed, again not unlike the Matthew Blomfield case, to facilitate the perpetrators escape from conviction, for what was in fact one of New Zealand’s largest property and mortgage swindle’s.

Malcolm Duncan Ingerman Mayer was of course sentenced to six years prison for years ago, we expect Turnbull will receive a similar sentence, although, Turnbull’s offending, despite his guilty plea, is arguably greatly aggravated by his absconding overseas.

Team LF always strive to get it right, we’re chalking this one up as another success in the name of JUSTICE.

We note that the slimy Kiwi political blogger Pete George thought it a good idea to report on this case on the 28th October.

Sadly, the delusional and often misguided Pete George has also been “reporting” on the Blomfield case, well not so much reporting, more running interference, assisting yet another swindler, as he and his cabal have also attempted to slip the noose. 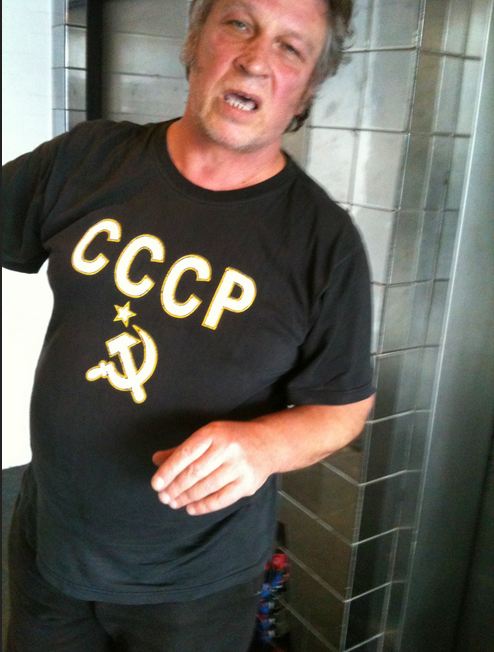 Warren Arthur Wilson, yet another property fraudster, a professional swindler, who impersonated a liquidator in a plan designed to prevent Turnbull and Mayer going to prison

There is a lot of truth in the old saying, “history has a habit of repeating”. Pete George is in fact not at all dissimilar to a character Malcolm Mayer employed in his many nefarious attempts to avoid prison, his mate and bullshit liquidator Warren Arthur Wilson, another incompetent narcissistic swindler.

In fact Pete George exhibits many of Wilson’s less admirable traits as a fraudster, one of which was his feigning of intelligence

George seems to think that wise words are appropriate, so we’d like to give Pete George a little advice, nee, more of a warning really.

If one isn’t prepared to put in the time and effort required to fully understand what’s transpired. If one doesn’t possess the acumen required to actually understand and fully comprehend the finer detail. Then it would obviously pay to shut the fuck up and just watch from the sidelines. 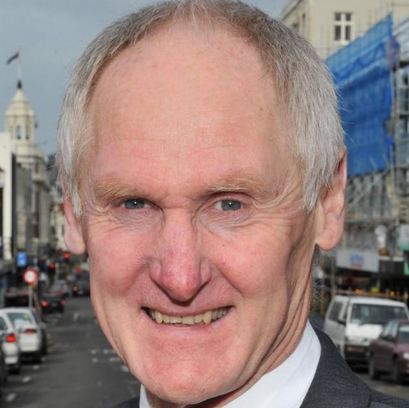 Halfwit Kiwi political blogger Peter Donald George, aka Pete, a resident of New Zealand’s deep South, a place where the inhabitants don’t get out much.

After all, Pete George’s kiwi political blogging mates, the likes of Lynn Prentice, lawyer Greg Presland, et al, have all taken a much needed step back; perhaps deciding to look at the FACTS instead of employing spurious gossip and political rhetoric, amusingly spin-doctored crap provided by the fraudsters themselves.

Slater too has gone, nowhere to be seen in fact. Blomfield, well, as predicted, he’s failed to complete the spurious defamation proceeding he started against Slater back in 2012.

If Pete George, in another of his petulant displays of churlish arrogance, doesn’t heed this advice, then on his own head be it!

Mr George, without doubt, runs the very real risk of his readers finding out just how much of a complete and utter fuckwit he really is.

As for Malcolm Mayer’s second accomplice, Warren Arthur Wilson, team LF are still quietly investigating and are confident of eventually running him to ground!